The latest game to take the world by storm, Valheim, is out now on PC, but many players are wondering if the game will ever make its way to consoles.

To put it gently, it’s certainly a game that looks like it could run on consoles for sure, but when it released, it did so only on PC. That’s not to say that a console version for PS5 or Xbox Series X is ruled out completely, and it’s safe to say that demand is certainly high.

Cracking over 100,000 concurrent players on Steam, it appears that this game has proven to be a hit and it could also have the staying power of a game like Ark or Rust. Ark is already on consoles, including the Switch, and Rust is confirmed to launch on PS4 and Xbox One later this year.

As more and more streamers learn about the game and check it out, we expect that number to grow significantly. We saw something similar happen with Rust, a game that has long been on the market, so it’ll definitely be interesting to see what happens with a newer game like Valheim.

Now, players are wondering if Valheim will be arriving on those consoles, and the devs have an answer, although it’s not necessarily the one that you might want to hear.

Will Valheim Be on Xbox or PlayStation? 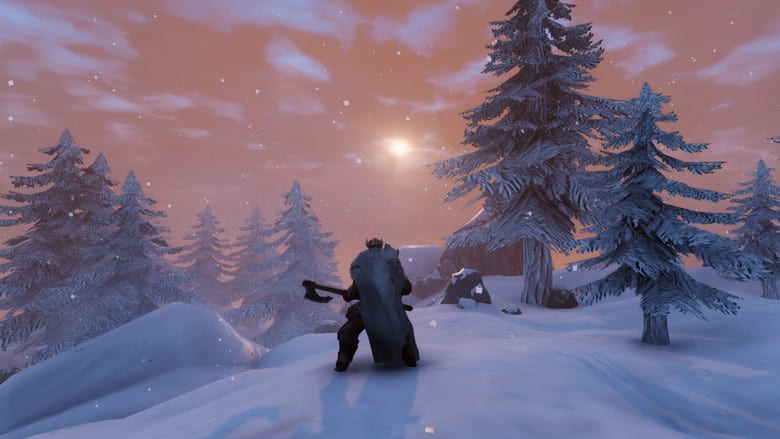 In an FAQ page on the game’s website, the developers state that nothing’s in the works, but since it’s a frequently asked question, it’s clear there must be some sort of demand.

“Valheim will be released on Windows and Linux via Steam,” says the FAQ. “A Mac-version will be released if there is any significant demand for it. There are no plans to release on other platforms as of the time of writing but we won’t rule out console versions in the future.”

The main thing to pay attention to in that quote is that the door isn’t shut for good, but it’s just not something that’s being prioritized at the moment. They mention that if there is “significant demand” for a release, they’ll look at it.

This means that it might just come down to voicing your opinion and letting the devs know you want a port.

We see a lot of games that pick up steam on PC and eventually make a jump over to consoles. One recent example of this is Among Us, something that eventually came over to the Nintendo Switch after seeing great success on PC.

For this reason, we shouldn’t lose hope that this game could eventually come to consoles, but it might be exclusively for the PS5 and Xbox Series X|S by the time it releases if it doesn’t want to be hampered by the old hardware of the Xbox One and PS4.

As of right now, there’s no timetable for any of this, so it’s just a matter of speculation, but we’ll definitely follow any news that comes out as Valheim grows more and more as a game.