On the same day a meteorite struck Russia and an asteroid buzzed Earth, there’s news of ANOTHER meteorite that apparently exploded over Cuba.

An object reportedly fell from the sky and exploded loudly over the province of Cienfuegos in southern Cuba, the local TV service Rodas cites eyewitnesses as saying. Residents described the object as being comparable in size to a bus, adding that their houses shook following the explosion. Cuban specialists are examining the scene for potential remains of the object. No damages or injuries have been reported.

According to YouReporterNews.IT (Google Translation):

“The explosion shook the houses in the place,” reported witnesses to the local TV stations. In a report released by Rodas, in the province of Cienfuegos some residents have described a very bright light that has come to have large size, comparable to that of a bus, before exploding in the sky.

Marcos Rodriguez, an expert in the area, claimed that it was a “fireball,” a piece of stone and metal, which entered the Earth’s atmosphere at high speed. ” Cuban specialists are examining the area for possible remains Rodas minerals falling from the sky, the TV station added.

The Brazilian site UOL reports the Cuban explosion actually took place on Wednesday night, not after the Russian meteorite struck.

Yoani Sanchez, a Cuban dissident blogger in Havana, tweeted the following, citing the Russian meteorite and a fireball in the sky over Cuba:

In a second tweet she says (rough translation), “I have family in Rodas who tell me that many people are still bewildered and stunned by the fall of the meteorite”:

The Russian meteorite strike and close-call asteroid, combined, were already considered an insanely improbable coincidence. So what does that make a second major meteorite strike in the same week? 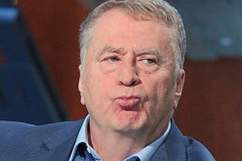 Loading more stories
wpDiscuz
0
0
Would love your thoughts, please comment.x
()
x
| Reply
After a meteorite struck Russia and an asteroid buzzed Earth, news emerges of ANOTHER meteorite-like-object that has apparently struck Cuba.