Ariel Castro, the alleged rapist and kidnapper accused of holding three women hostage for 10 years in his Cleveland home — keeping them bound as sex slaves — will plead not guilty, according to his lawyers.

Craig Weintraub, one of Castro’s lawyers, speaking to NBC affiliate WKYC in an interview televised this morning on NBC’s Today, says the accused kidnapper is not the “monster” he’s been portrayed to be: “That’s not the impression I got.”

Another Castro lawyer, Jaye Schlachet, divulged the defense’s plan for a plea:

“It definitely is going to be two words: not guilty.”

If he’s not guilty of kidnapping and torturing Amanda Berry, Michelle Knight and Gina DeJesus, then how did they end up spending 10 years in his house? The question was posed to Weintraub, who said:

“That fact will be disclosed as the case progresses. … I am aware of of how he came in contact with him.:

Speaking about Amanda’s 6-year-old daughter, whom Castro fathered and who is counted among his four alleged kidnapping victims, Schlachet dares to insist that Castro is a good dad:

“Mr. Castro is extremely committed to the well-being and positive future for his daughter, which he loves dearly.” 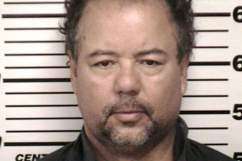 Loading more stories
wpDiscuz
0
0
Would love your thoughts, please comment.x
()
x
| Reply
Lawyers for the alleged Cleveland kidnapper say he's not the "monster" everyone thinks he is.