“I am a career public servant. Until the aftermath of Benghazi, I loved every day of my job.”

Gregory Hicks, former top U.S. diplomat in Libya, emotionally testified in front of the House Oversight and Government Reforms Committee today to shed light on the September 11, 2012, attack on the U.S Consulate, which killed four Americans including U.S Ambassador Christoper Stevens. This was the most serious attack on a U.S. diplomatic compound since al-Qaeda bombed the embassies in Kenya and Tanzania 14 years ago

Hicks and two other witnesses testified about the harrowing events and subsequent response — challenging the Obama administration’s narrative of that night.

Benghazi has become a highly politicized mystery as Republicans have been hounding Obama’s administration over unanswered questions on the attacks.

Here are most important moments from the gripping congressional testimony.

1. It Took the FBI Team 18 Days to Get to Benghazi

The scene was not secured for over two weeks. Hicks blamed red tape from the Libyan government.

2. Hicks was “Stunned” and “Embarrassed” By Susan Rice‘s Response to the Attacks

GOWDY: why would Rice go on 5 shows with demonstrably false story and which contradicted the Pres of Libya? HIcks said to ask AmbRIce

Rice “did no bother to have a conversation” with Hicks before she made various appearances the day after the attack in Benghazi. Rice claimed a YouTube video was the impetus of the attack. Again, Rice never talked to him before making those statements.  She was the U.N Ambassador at the time. 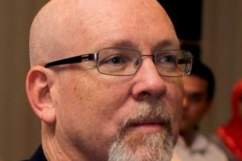 3. Within Hours, the Libyan President Called the Attack Terror

As many as 60 attackers were inside the Benghazi compound, according to some estimates. Hours after the occurrence, the President of Libya communicated that the attack had possible terror links and was not a spontaneous protest related to a YouTube video (featured above), Hicks testified. Hicks said Hillary Clinton was among those to receive the communication.

Meanwhile, Ambassador Stevens’ dying declaration when he talked to Hicks was “Greg, we’re under attack.” There was no word of a protest or a demonstration.

Hicks became emotional as he described receiving the news that Ambassador Chris Stevens had died: “At about 3 a.m., I received a call from the prime minister of Libya. I think it’s the saddest phone call I’ve ever had in my life, and he told me that Ambassador Stevens had passed away. I immediately telephoned Washington that news afterwards and, again, accelerated our effort to withdraw from the compound move to the annex.”

4. U.S Personnel was being Lured into a Separate Ambush While Attack Was Carried Out

An armed man waves his rifle as buildings and cars are engulfed in flames after being set on fire inside the US consulate compound in Benghazi late on September 11, 2012.(GettyImages)

Hicks also mentioned that his team knew the Sept. 11 attack on the U.S. compound was terrorism, revealing that it appeared some were trying to lure even more U.S. personnel into a separate “ambush” while the attack was still being carried out. He described how, as diplomatic officials were trying to find out what happened to Stevens, they were receiving phone calls from supposed tipsters saying they knew where the ambassador was and urging Americans to come get him.

“We suspected that we were being baited into a trap,” Hicks said, adding that he did not want to send anybody into what he suspected was an “ambush.”

According to FoxNews, the group blamed for the attacks is still operating.  Although they went under ground following the Sept 11 attacks,  they have been active since January.

5. Lt. Col. Gibson Was Furious About Not Getting Authorization to Send Reinforcement

Gibson was commander of the U.S. Special Operations Command in Africa.

While questioning Hicks, Representative Jason Chaffetz (R-Utah) — who traveled to Benghazi after the attack to investigate — got emotional when Hicks explained that Special Forces were prevented from responding to the attack as Americans were under siege. Chaffetz has been a major critic of Hillary Clinton.

Loading more stories
wpDiscuz
0
0
Would love your thoughts, please comment.x
()
x
| Reply
"We wanted to send more reinforcement to Benghazi ... but he told me he had not been authorized to go."