Andres Valderrama, the uncle of the former New England Patriots star, Aaron Hernandez, who was arrested on charges of the murder of Odin Lloyd, is also wrapped up in a slew of drama regarding the case. Here’s what you need to know.

1. The House of Aaron Hernandez’s Uncle Was Searched Wednesday Night

A statement from authorities confirmed the search and that it was in connection to the death of Lloyd, but did not give further details.

“Both the Bristol Police Department and the New Britain State’s Attorney’s Office will continue to provide whatever assistance we can in connection with this investigation,” the statement said. “As the investigation is ongoing, we can have no further comment at this time.”

Investigators returned on Thursday just hours after it was reported that Hernandez may be connected to a double homicide a week before Lloyd was murdered. Authorities could be seen moving around inside, using flashlights and taking photos, but did not leave with any large evidence bags.

2. Police Were Seen Taking Photos of a Black Folder

According to Sporting News, police removed a black folder from the home on Lake Avenue and were seen taking photos of it.

3. Police Towed a Silver SUV From the Home

­A silver SUV believed to be connected to the double homicide was towed from Valderrama’s home Friday night. A tow truck took away the Toyota 4-Runner with Rhode Island plates that was parked in the home’s garage. 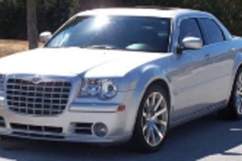 4. One of the Suspects, Carlos Ortiz, was Arrested at the Home Days Earlier

Carlos Ortiz, one of the suspects in case, was arrested at Valderrama’s home on Wednesday for carrying a firearm without a license in North Attleboro on the same day as Lloyd’s death and held on a $1.5 million bond. According to court paperwork, Ortiz lived at the home as well. He reportedly has a criminal record and was on probation while in possession of the gun.

As pieces of the puzzle are quickly being put together, Hernandez was denied a second time after asking for bail. Prosecutors recounted the plethora of evidence against the former football star and said that a tracking device wasn’t enough to keep him in the state if he was let go on bail.

“The idea that I can release him on a bracelet is not something I am willing to accept,” said the judge.

Read More
5 Fast Facts, Aaron Hernandez, Crime, Murder
wpDiscuz
0
0
Would love your thoughts, please comment.x
()
x
| Reply
The uncle of the former Patriots star who was arrested on charges of the murder of Odin Lloyd, is wrapped up in a slew of drama regarding the case.