Gospel music mogul Donna Creer and her husband Donald were found dead after a fire at their house in Little Rock, Arkansas. The only question now is whether they simply died, or whether they were killed.

Donna wasn’t a musician, per se, but she had an undeniably major impact on the gospel music industry. Her voice couldn’t be heard on gospel recordings, but her fingerprints could certainly be seen.

The address of the fire was 405 Markwood Road, Donna and Donald’s home in Little Rock, Arkansas.

2. Police Believe the Fire is ‘Not Accidental’

The case has no suspects and no overt motives, so accusations of arson might seem premature. Nevertheless, according to CBS11, “police do not suspect the fire to be accidental.”

That might seem melodramatic at first, but then again…

Though they were both found inside the same burned building, Donna and Donald were inexplicably taken to different places.

Perhaps the nearest hospital had only enough room for one — who knows? Still, the fact that this happened, and the fact that there is no explanation for it, is only the first of many suspicious circumstances. 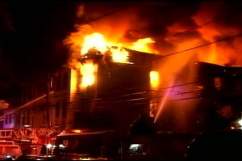 4. The Bodies Showed no Visible Signs of Injury

An official cause of death is pending in both cases, which is weird in a house fire, but less weird given another piece of information:

Neither body showed any visible signs of injury.

Smoke inhalation is the most likely cause of death, and probably wouldn’t leave many tangible signs on their corpses. But still, in a case that was already shrouded in doubt, this only amplifies suspicion.

5. There Was an Open Sliding Door in the Back of the House

Again, there’s a chance that this part is innocuous. Maybe they were trying to fan out the smoke, or perhaps they just forgot to close it after spending some time outside.

But maybe it’s not. Maybe the open back door is a smoking gun. Maybe, just maybe, the fire at 405 Markwood Road was caused by a third party. After all…

6. Donna Has Held Many Influential Positions

She also served as president of the Arkansas Gospel Announcers Guild and second vice chair of the Gospel Announcers Guild of the Gospel Music Workshop of America. Most recently, Creer was serving as an executive director at Magnet Schools of America, an organization representing 2,000 magnet schools across the U.S. Creer had previously served as president of the organization.

No, it’s not clear why anybody would want to kill Creer, whose job was literally to inspire people daily. But she clearly has some sort of power, and I’ve seen enough action movies to know that power – specifically the pursuit of it – has some violent upshots.

7. She May or May Not be in the Broadcasters Hall of Fame

Donna’s long, career-worth of work did not go unrecognized. Or didn’t it?

The Christian Post reports that Donna was, indeed, inducted into the Broadcasters Hall of Fame, but doesn’t provide any specifics (pictures, year, etc.)

The Broadcasters Hall of Fame website (pictured above) has no record of her induction.

8. Donna Had Been Diagnosed With Stage 4 Cancer

Examiner quotes a friend, Tammy Taylor, who says Creer was just released from the ICU after spending a week on the inside.

Doctors had misdiagnosed a mass that turned out to be Stage 4 cancer — she was scheduled to have that taken care of before this tragedy struck.

9. The Couple Does Not Leave Behind any Children

If there is a silver lining in this tragedy, it’s that Donna and Donald do not leave behind any children.

This is still a terrible tragedy, but given the father-son nature of another recent tragedy, it’s definitely a relief. 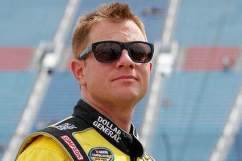 The Gospel Community is in Mourning

Donna Grady Creer-Final Farewell Special Tribute-By Bro. Steve Harrishttp://www.BroSteve.com http://www.Facebook.com/BroSteveLive Donna Grady Creer-Final Farewell Special Tribute-By Bro. Steve Harris. My dear friend Donna who has helped so many people for years…not only at the GMWA, The Quartet Division, Delta Sigma Theta, her church and much more. We would love to hear from you. Donna Creer, a major influential figure in the gospel music industry, died in her bed early Wednesday morning along with her husband, Donald Creer, after a suspected arsonist set fire to their home. Read more at http://www.christianpost.com/news/gospel-industry-veteran-donna-creer-and-husband-killed-in-suspicious-fire-97861/#E4CmOSXzaKbFhsp0.992013-06-13T06:31:15.000Z

The Christian Post cites a number of fellow gospel moguls who sent out prayers for Creer.

Among them were Grammy-winning producer Kevin Bond…

The Gospel Music community mourns the loss of #DonnaCreer who perished along with her husband Donald in a tragic house fire. RIP

Sad to hear of the passing of a friend, one of the wittiest women I’ve ever known (and) a true diva.

Read More
Crime, Fire, Murder, R.I.P., Top Ten
Donna Creer, a mover and shaker in the gospel music industry, died in a house fire with her husband. Was there foul play involved?