Cory Monteith, known for his role as heart throb Finn Hudson on the hit musical TV show Glee, has been found dead at the age of 31 with no sign of foul play.

Playing with candid naiveté a jock-turned-geek on screen, Monteith amassed a a great deal of fandom and rapidly shot to fame. Reeling from the news of his untimely death, his loving fans and grieving co-stars have expressed their shock and dismay.

Goodbye my amazing and beautiful friend. The lights in my world just grew dimmer. The world just lost one of our best. I love u so much…

1. He Was Found Dead in a Posh Canadian Hotel

According to Vancouver Police, Monteith’s lifeless body was found around noon Saturday in a room on Floor 21 of the trendy Fairmont Pacific Rim Hotel in downtown Vancouver.

This statement is via Acting Police Chief Doug LePard:

We are so saddened to confirm that the reports on the death of Cory Monteith are accurate. We are in shock and mourning this tragic loss.

He checked into the hotel on July 6 and was scheduled to check out on July 13. When he missed checkout time, hotel staffers checked his room and found his body.

Police believe Monteith was alone when he died, and there is no suspicion of a crime. But there were “others” with him in his room earlier on the night he died. An autopsy is scheduled for Monday.

On Twitter, where he had amassed more than 1.5 million followers, his last activity was July 12:

2. Monteith Had a Very Troubled Youth

Monteith told Parade magazine in 2011 he was “out of control” as a teen and by 16 he was “doing anything and everything, as much as possible.”

Monteith grew up with his mother and brother in Victoria, British Columbia. Dealing with the absence of his father, and feeling like an outsider amongst his peers, young Monteith started to act out. Although he was a promising student (he could read at a fourth-grade level when he was five) Monteith began delving into drugs and alcohol at a very young age. He quit school when he was 16 after attending 16-different schools, including a reform institution for “troubled youths“. Monteith also turned to petty crimes and stole money from friends and family to fund his addictions. When he was 19, his friends and family staged an intervention and was sent to rehab at 19.

3. He Has a Long History of Drug Use

Sad and shocking news: the @VancouverPD has confirmed that Cory Monteith of #Glee fame is dead at the age of 31. Apparent overdose.

He checked himself into rehab earlier this year, in March, and exited that program in late April. It was hardly his first bout with addiction. According to a Parade article, he was a heavy drug user by age 13, and his mom forced him into his first stint in rehab at age 19 — “fearful that her son might die.”

At this time there is no confirmation that Monteith’s death was an overdose, despite rampant rumors and assumptions. An autopsy is scheduled for Monday. 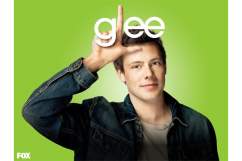 4. He Was in Love With His Beautiful Co-Star

In what would become his final public appearance, Cory Monteith sits with girlfriend and co-star Lea Michele at the Chrysalis Butterfly Ball on June 8 in Los Angeles. (Getty)

Monteith was the real-life boyfriend of his on-screen lover, Glee co-star Lea Michele. At the time he checked into rehab in March, Michele vowed to stay by his side. They were spotted together in late June “swimming in love and affection,” as the Daily Mail put it, and Monteith’s last official public appearance was with Michele on June 8 at the Chrysalis Butterfly Ball in Los Angeles.

Michele’s rep has recently released the following statement: “We ask that everyone kindly respect Lea‘s privacy during this devastating time”

5. His Career Was on the Rise

In addition to his leading role on the megahit Glee, Monteith stars in two movies that are now in post-production: All the Wrong Reasons and McCanick. Prior to breaking into show business, Monteith worked various jobs, including Wal-Mart people greeter, roofer taxicab driver, school bus driver.

I AM BLESSED TO HAVE WORKED WITH HIM AND LOVE HIM SO MUCH! MY HEART IS WITH HID FAMILY AND OUR WHOLE GLEE FAMILY! I LOVE YOU ALL!