Daniel “Danny” Green, 40, is the man arrested and charged with four counts of first degree murder in connection with the horrific discovery of four dead bodies in a home in Oklahoma City. Of the four dead, two adult women, one teenager and one 7-month-old baby. Police made the discovery late on Wednesday night and Green was arrested soon after, reports News 9.

The man, who is a native of Jacksonville, Florida now lives in Oklahoma City, is intensely obsessed with the actress and singer Selena Gomez. 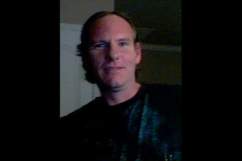 4 People, Including a Baby, Found Murdered in Oklahoma City Home

1. He Murdered His Mother

According to News OK:

Sgt. Jennifer Wardlow said Sallie Green, the oldest of the victims, is the mother of Daniel Green, who was arrested in the killings. Wardlow said the other three victims also were related to the Greens, but she did not know how.

It’s further being reported that Green lived in the home (above) with the four victims, he was related to the 16-year-old. Green refers to her as his “niece” on her Facebook. He was arrested a short distance from the crime scene. The victims have been named as:

“The faculty and staff of Mid-Del Schools is mourning the loss of one its students today, Katherine Cizek, Del City High School sophomore. We extend our heartfelt sympathy to the family during this time of tragic loss. Thank you for your concern at this difficult time.”

After the gruesome crime scene was discovered, police identified Green as a suspect. His photo was circulated in the local area. It’s reported that Green went to a local convenience store and was recognized by the clerk. A call was made to the OKC police, who arrived and located Green driving away from the store. He was pulled over and arrested.

3. He Was Wildly Obsessed With Selena Gomez

According to his Facebook page Green was obsessed with pop singer Selena Gomez. In his latest post on August 8 he claimed the two had “climaxed” together.

He was also following a multitude of Selena Gomez groups:

4. He Says He Has an ‘Awesome Personality’

Green is originally from Jacksonville, Florida. He graduated from Englewood High in the city in 1991. According to his Facebook page he lists his occupation as: “Giving your chips to the disabled seagull [at] ssi social secuity suplemental income.”

5. He Called Himself ‘Mentally Disabled’ in One Status Update

He openly prayed for those affected by the F-5 tornados that hit Oklahoma in May. After the comment received only one like (from Rebecca Cizek, one of the dead bodies found in the home), he got angry at his Facebook friends.