The case, which became known as one of “sextortion,” received national attention when Wolf went public about her ordeal. Abrahams and Wolf both attended Great Oak High School in Temecula together; Abrahams graduated in 2012.

1. Abrahams Turned Himself In

Abrahams stands accused of hacking into his victims’ online accounts. Laura Eimiller, an FBI spokesperson, confirmed that Abrahams handed himself over to agents and that there were several victims involved in the case. It’s reported the evil web of extortion stretched as far as Russia, and included victims in California, Maryland, Ireland and Canada.

He was present at a bail hearing at federal court in Santa Ana on September 26; his bail was set at $50,000, reports Temecula Patch. If found guilty on charges of extortion, he could face up to two years in prison.

If he makes bail, he will be placed under house arrest with a GPS monitor and will be forbidden from using computers.

In August 2013, a contestant in Miss Teen USA, Cassidy Wolf, told reporters at the contest in the Bahamas that she had received an email from someone claiming to have nude photos of her. The hacker was trying to extort more intimate photos from her in order to keep him from going public.

Abrahams had the software to open his victims’ webcams remotely without their knowledge. In the court papers filed in Santa Ana, Wolf was referred to as “CW.”

3. The FBI Has Tracked Abrahams Since March 2013

FBI agents say they have been investigating Abrahams since March 2013. His process for exploiting his victims included compromising their personal accounts, and then contacting them through two AOL accounts he had. It’s alleged Abrahams would send his victims the pictures he had taken or obtained.

Wolf learned of the hacking when she was informed that someone had tried to change her Facebook password. Soon after, her Tumblr and Twitter passwords had been changed, and her profile photo on Twitter was changed to a semi-nude picture.

In another instance a victim told him: “I’m downloading Skype now. Please remember I’m only 17. Have a heart.”

To which he’s alleged to have responded: “I’ll tell you this right now! I do NOT have a heart!!! However I do stick to my deals! Also age doesn’t mean a thing to me!!!”

In June 2013, FBI agents made their move against Abrahams, raiding his home in Temecula, California, seizing a host of electronic equipment, including cellphones, thumb drives and hacking software. Abrahams admitted to sending his victims malware. 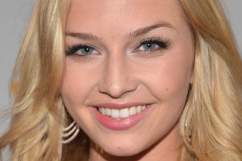 5. He Used the Online Handle ‘cutefuzzypuppy’

Through this handle, investigators were able to link all of the claims of extortion that they were tracing to Abrahams.

According to the Murrieta Patch, Abrahams admitted to agents that Wolf was the first of his victims whom he knew personally. He told agents he was a freshman at college where he was studying computer science. It’s alleged that Abrahams was tracked through IP addresses.