An underwater molasses spill in Honolulu, Hawaii is even worse than previously reported.

Some 233,000 gallons of thick, sugary molasses was leaked from a corroded pipe into Honolulu Harbor early Monday morning, causing a massive fish kill the likes of which environmental health workers have never seen.

“It was shocking because the entire bottom is covered with dead fish” explained White [a scuba instructor]. “Small fish, crabs, mole crabs, eels. Every type of fish that you don’t usually see, but now they’re dead. Now they’re just laying there. Every single thing is dead. We’re talking in the hundreds, thousands. I didn’t see one single living thing underwater.”

“This is in a bay so there’s not a lot of circulation, so you’re not going to have flushing of this water out,” said Dr. David Field, a visiting assistant professor of marine sciences at Hawaii Pacific University. “So in this area where the spill occurred we’re probably going to see the effects for a long time.”

Experts are already estimating that sea life won’t return to normal for 2-3 years.

Matson, the shipping company that caused the spill, could be fined $25,000 a day as the disaster drags on. They have turned down all requests for interviews on the spill, releasing this statement:

Matson regrets that the incident impacted many harbor users, as well as wildlife. We take our role as an environmental steward very seriously. 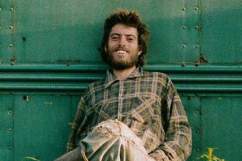