Today Twitter announced, via their Twitter account that they are filing papers with the SEC to become a publicly traded comapny. If they are approved, they will join Facebook as one of the many tech giants on the stock market.

We’ve confidentially submitted an S-1 to the SEC for a planned IPO. This Tweet does not constitute an offer of any securities for sale.

Hopefully investors will be friendlier to Twitter stock, should it go public, than they were to Facebook when they went live in May 2012. The stock almost immediately tanked, only returning to its opening price in over a year later in August 2013.

The ghost of Facebook’s stock mishap will most certainly hang like a ghost should Twitter become a publicly traded option, but we will have to wait and see how much favor Twitter has garnered with the market gods. 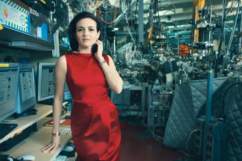 Read More
Breaking News, Facebook, Marketing, Twitter
Twitter tweeted today that they have officially filed an S-1 with the SEC to become an IPO. Twitter will be one of the many publicly traded internet giants.