Electrical can opener inventor, Gary Van Duersen (second from left) was identified in the photo by his friend Charlie Schwartz (right) (Getty)

As Beatles’ drummer Ringo Starr prepares to release a book of his photography that spans the length of his career, one photo has always troubled him. A picture he believed he had taken in 1964 in Miami of five teenage Beatles’ fans actually turned out to have been taken on the Long Island Expressway in New York. Starr made an appeal at the launch of his book in Los Angeles on October 23 for anybody who knew the then-teens to come forward, and step forward they did, reports The New Jersey Record.

One of the kids in the pic is none other than electrical can opener Gary Van Duersen, according to The Daily Mail.

After cutting class from Fair Lawns High School in New Jersey, Van Duersen, along with four of his friends, piled in his Chevy convertible and drove to JFK airport to see The Beatles arriving on US soil. Van Duersen says:

I took my Chevy convertible – it was white with a red interior. We cut school and decided we’d try to see The Beatles…

As we were driving home, back across George Washington bridge a limousine passed us, then another, then another and we realized it was The Beatles each in a separate limo. I crossed over lanes and overtook so they would all pass us again. The last one had Ringo Starr in it and [a] reporter from TIME magazine…

Ringo gestured to us to wind the wind down the window so we did. He asked where we were from and one of hte kids in the car held up his jacket with the school name on it because it was hard to hear Fair Lawn. We didn’t have tickets to the show which was sold out and we asked Ringo if he could get us any. He said he was sorry he couldn’t help.

We had gone back to school and told everyone the story about how we had seen the Beatles and spoken to Ringo Starr and nobody believed us. They thought it was just some crazy story we were all making up.

The now 67-year-old Van Duersen lives in Connecticut with his wife, Alison, he has a son and daughter. During his highly successful career in innovation he was served as Vice President of Black & Decker and Head of Design for General Electric.

A patent dated from 1989 cites Van Duersen as the inventor of the electric can opener with knife sharpener. The patent filed says that he lives in Saddle Brook, New Jersey.

According to Valley News Now, Van Duersen serves on the Essex Team Committee as a Republican. 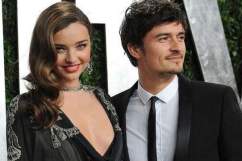