A female employee at the G.W. Exotic Animal Park in Wynnewood, Oklahoma, was attacked by a tiger when he she put her hand into its enclosure saturday morning.

The woman was air lifted to a local hospital and deputies on the seen believe the woman has lost her arm, according to a local news station.

The owner of the park has put the blame squarely on the female employee for the attack, and the zoo released a statement on its Facebook page:

The zoo’s Facebook page is advertising for a halloween event and promotes that admission is $7 “per victim.”

On 10/5/2013 at aprox. 10;am a female worker violated safety protocol and placed her hand inside a adult male tiger cage. She was wearing a large goose down jacket which got bunched up inside the cage wire not allowing her to get her hand back outside the cage wire fast enough and the tiger grabbed her hand pulling her left arm through a 4 inch square hole.
The staff responded as trained to a medical emergency and park medics were on the scene within 2 minutes and gave emergency medical attention to the staff member. Parks emergency protocol was activated and put into place which including calling a ground ambulance and activating air evac medical helicopter.
She was transferred from the parks stretcher to the ambulance and transported to Pauls Valley Hospital helipad as the nearest air evac had to respond from Duncan Oklahoma.
From there she was air lifted to OU Medical Center where she is in surgery and stable.
This was an employee error of violating the safety protocols of placing any part of the body inside a cage. The tiger will not be put down and our thoughts and prayers are with the member of our staff that was injured.
During the entire event she was awake and saying it was her fault and plans to return to work.
Her family has not been notified so her name will not be released.

The zoo immediatly closed and will remain closed for the rest of the day. 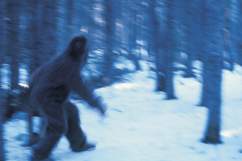 Read More
Animals, Breaking News, Oklahoma
Follow Heavy ↓
A female employee at the G.W. Zoo in Wynnewood, Oklahoma, was attacked by a tiger this morning. Police believe the woman lost her arm.