One hottest toys around for young girls, GoldieBlox, is more than just an after-school plaything. It’s a carefully constructed (I used that word purposefully) toy designed to encourage girls to seek out careers in engineering and construction. As shown by this graphic on the toy’s incredibly cool website, females are criminally under-represented in the wold of engineering:

1. The Toy’s Website Pulls No Punches About Their Stated Goal

Their website claims that girls stop being interested in subjects like math, science and technology at the age of eight. It’s GoldieBlox’s contention that “construction toys develop and early interest in these subjects.” It’s their stated goal to “disrupt the pink aisle” by having girl’s toys that are aimed at encouraging young females to be interested in construction. The website says:

We believe there are a million girls out there who are engineers. They just might not know it yet. We think GoldieBlox can show them the way.

The company was founded in 2012

2. GoldieBlox is Described as Being Similar to Punky Brewster or Pippi Longstocking

Unlike what GoldieBlox’s creator, Debra Sterling, perceives at the norm when it comes to girl’s toys, her character is “a funky, original role model, hopefully more modern,” than Barbies and Bratz, Sterling told The LA Times.

3. To Help Her Creation, She Hired a Viral Wizard

To help promote GoldieBlox, Sterling tracked down Brett Doar, the director of the OK Go viral video “This Too Shall Pass.” In that video, which has 41 million views on YouTube, TVs and oil drums create the domino-effect. In the Goldieblox video (at the top of the article), it’s a smaller scale video, that was shot in a suburban home in Pasadena, a frying pan, broom, skateboard, rollerblade and teapot form the domino-effect.

The video is set to reworked, reworded, version of the Beastie Boys’ 1987 single “Girls.” The LA Times described the sequence of events in the video:

Books set up like a house of cards tumble, sending a miniature hair dryer swinging like a pendulum and whacking a precariously balanced chair, which falls and propels across the fireplace mantel a headless doll that looks an awful lot like Barbie, rigged like a battering ram ready to trigger the next step in the chain reaction.

4. The Toy’s Creator is an Engineering Graduate

Despite admitting that when she joined an engineering program at Stanford, Sterling didn’t really know what an engineer did, saying:

I was too ashamed to ask her because I thought it would seem stupid. But in my mind, an engineer was either a train driver or some dirty guy sitting alone at a computer.

Sterling also admits that as a child, she played with Barbies.

5. Sterling Got Her Kickstarter Campaign For GoldieBlox Funded in 4 Days

In 2012, when Sterling started GoldieBlox, she set up a Kickstarter campaign with the goal of hitting $150,000 in 30 days, she managed it in four. The told The Hairpin at the time:

But this is about building a movement. The bigger the campaign gets, the bigger a message we send to the toy industry, to stores who hopefully will sell Goldie, to parents who might think differently about what they buy for their children. 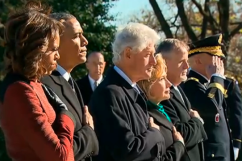 Read More
5 Fast Facts, California
GoldieBlox is the toy character created by Debra Sterling. It's designed to encourage young girls to want to build, create and go on to jobs in engineering.