UCLA offensive lineman, Torian White, 20, has been arrested on suspicion sexual assault, reports KTLA. Few details of the alleged incident have been made public at this time.

1. The Arrest Happened on November 17

Police were called to an apartment close to the UCLA campus, on Glenrock Avenue (shown above), at around 3 a.m. on November 17. Cops were reporting to a call of a “disturbance,” reports UCLA Newsroom.

White was arrested at the scene. The Los Angeles District Attorney’s Office said that no sexual assault charges have been filed and that “more investigation” is required.

He has not played since being injured in a game against the University of Utah on October 3, the Bruins won that game 34-27. The LA Times reports that he had surgery on broken bone and torn ligament recently.

The team’s next game is on November 23 against Arizona State. White was not expected to recover from his injuries for this season. The 20-year-old played all 12 of UCLA’s games in 2012. 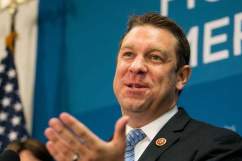 White is a native of Los Angeles, hailing from Inglewood. He’s a graduate of Lakewood High School. During his time with Lakewood is was ranked No.43 of all offensive lineman in the country, according to his UCLA profile.

White first enrolled in UCLA in the Fall of 2011 and hopes to be a psychology major. He thinks of Steelers strong safety Troy Polamalu as his football hero.

White has been suspended from UCLA’s football indefinitely. Mora said:

We are aware of the situation involving Torian White, and we take these accusations very seriously.

Torian has been suspended from the team indefinitely while the legal process and student discipline process run their course. Due to the ongoing police investigation, we are unable to discuss this matter further at this time.

5. White is Still Being Held by Police

He is being held at the Twin Towers Correctional Facility in Los Angeles.

Read More
5 Fast Facts, California, Football, NCAA, Rape
Torian White a UCLA football player has been arrested on suspicion of sexual assault. White was arrested on November 17 at an apartment close to the UCLA campus.