A psychiatrist who treated Sandy Hook shooter Adam Lanza in 2005 surrendered his medical license in July 2012 after being accused of having a sexual relationship with a patient, reports The Hartford Courant.

Fox, who now resides in New Zealand, previously had a practice in Brookfield, Connecticut (shown above).

1. His Accuser Said She Had a ‘Sexual Relationship’ With Fox Lasting 18 Months

The patient accusing Fox was treated by him over the course of 18 months between 2010 and ’11. According to her statement, the relationship lasted for “more than one year.” After surrendering his license in Connecticut, he also surrendered his permits in New York. According to the Connecticut Post, in volunteering to surrender, he avoided public scrutiny.

2. She Says He Had Phone Sex With Another Patient

The woman said in a statement that she met another of Fox’s patients, who confided in her that she had been having “phone sex” with the disgraced shrink. 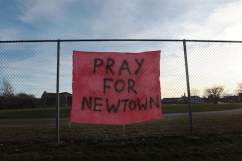 Dr. Fox treated the woman to trips on his yacht, but the pair also had consensual sex in his office. The documents, which were made available on December 30, indicate that in one month in 2011, Fox sent the woman 212 text messages.

After the Sandy Hook massacre in December 2012, detectives reached out to Fox, now living in New Zealand. He told police that he had treated Lanza in September 2004 and that Lanza was “very rigid … resistant to engagement” and suffered from “aggression problems.”

The state police report stated that:

Dr. Fox did recall that Adam was about 15 years of age when he last saw him and recalls Adam having aggression problems and possibly having been diagnosed with Asperger’s Syndrome. He recalled Adam as very rigid and resistant to engagement. He was unable to provide any further details concerning Adam.

5. He Now Works as a Child Social Worker

He was listed as one of the top psychiatrists in Connecticut. According to a listing, his expertise is in “Child & Adolescent Psychiatry.”

After leaving the U.S., Fox divorced his wife, Faline Schneiderman. According to his LinkedIn page, Fox now works in a government position as a social worker in New Zealand. 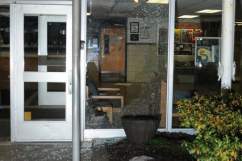