It’s an arrest that’s causing an international incident between India and the U.S. Devyani Khobragade, 39, was arrested on December 12 in New York City after her maid and babysitter complained that she was being underpaid by Khobragade, reports The New York Post.

The nature of the arrest and charges, which have now escalated into allegations that Khobragade lied to visa officials to get her maid into the U.S., are causing embarrassment for authorities in the U.S. Khobragade is an Indian diplomat based in New York City. She was freed on bail on December 13, one day after her initial arrest.

Detailing the circumstances of her arrest in a letter to the Times of India, Khobragade wrote:

Although I must admit that I broke down many times as the indignities of repeated handcuffing, stripping and cavity searches, swabbing, in a holdup with common criminals and drug addicts were all being imposed upon me despite my incessant assertions of immunity, I got the strength to regain composure and remain dignified thinking that I must represent all of my colleagues and my country with confidence and pride.

It’s been confirmed by the U.S. Marshal service that Khobragade was strip-searched.

Several high-ranking politicians in India have weighed in on the issue, most notably Prime Minister Manmohan Singh who called the arrest “deplorable,” reports the BBC. The country’s Foreign Minister Salman Khursheed is taking on the issue as a cause, saying:

I think the most important, immediate concern is to ensure that no further indignity is inflicted upon the young officer. And we are taking steps to ensure legally whatever is possible that we implement that immediately.

In terms of giving a strong, unambiguous, direct message to the United States of America: whatever I believe we were supposed to do, we did immediately

The government’s opposition party have also weighed in, putting pressure on the government to act, one member of parliament saying Indian diplomats should “insist on being treated like equals.”

Khobragade was freed after posting a $250,000 bond. She is pleading not guilty to the charges that law enforcement authorities say include:

Maximum penalties for visa fraud is 10 years in prison and five years for making false statements. Khobragade is pleading not guilty based on diplomatic immunity. The U.S. state department contends that she does not have full diplomatic immunity in America.

4. Security Has Been Reduced Outside the U.S. Embassy in New Delhi

U.S. officials are pleading for calm from their Indian counterparts after an American delegation were allegedly snubbed by Indian officials. More worryingly, extra security outside the U.S. Embassy in New Delhi has been removed in the shape of the massive boulders that are provided by Indian authorities to deter people from gathering outside the building, reports The New York Post.

Marie Harf, a spokesperson for the U.S. State Department, released a statement saying:

We understand that this is a sensitive issue for many in India. Accordingly, we are looking into the intake procedures surrounding this arrest to ensure that all appropriate procedures were followed and every opportunity for courtesy was extended.

5. There’s a History of Prominent Indians Being Mistreated in the U.S.

In 2011, the former President of India, Abdul Kalam, was thoroughly frisked twice by TSA agents, including once after he was seated on the plane. Later in 2011, the India’s ambassador to the U.S., Meera Sankar, was subjected to similar treatment at Jackson-Evers Airport in Mississippi. 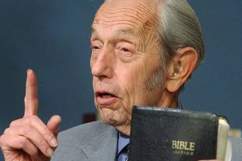 Loading more stories
wpDiscuz
0
0
Would love your thoughts, please comment.x
()
x
| Reply
Devyani Khobragade is the Indian diplomat who was arrested in New York on charges of underpaying her maid. The arrest sparked an international incident between the U.S. and India.