Eldo Kim, 20, is the Harvard student facing charges relating to the mass panic that occurred at the storied school on December 16, reports CBS Boston.

It’s alleged that Kim emailed several bomb threats to various members of staff at Harvard, and in the process canceling finals for many many students.

1. He Claimed to Have Put Bombs All Across Harvard

Kim’s alleged motivation was so that he wouldn’t have to sit a final exam. Two officials at the school and the president of the Harvard Crimson received identical emails that explained that bombs had placed “around the school.” The areas affected were the Science Center, Sever Hall, Emerson Hall and Thayer Hall. The bombs were reported to have been filled with shrapnel. When Kim heard the fire alarms going off in the school, according to documents, he knew his plan had worked.

Kim may face five years in prison in addition for a fine of $250,000. He is being represented by a public defender, reports The Harvard Crimson.

Read the full criminal complaint against him above.

3. He’s in a Campus Dance Troupe

His Harvard bio indicates he is part of the class of ’16 and that he performs in the Harvard Breakers dance troupe. Further reading in his bio shows his degree may be related to psychology. The Crimson reports that he is a sophomore and lives on campus at the school. 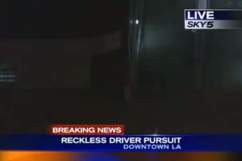 4. He Was a Model Student

He attended Kamiak High School in Mukileto, Washington. At the school he was on the varsity tennis and swim teams, according to an undated bio. He was a national honor roll student, tutored fellow students in math and plays the viola. It further reads:

Eldo is a voluntary research assistant for Professor Young Min of Korea University, and has assisted in the development of a model for public acceptance of the management of radioactive waste. During the summer of 2008, he traveled with fellow high school students to Peru and rebuilt rural communities. He enjoys writing and competing in sports. Eldo plans to major in Political Science and is excited for what the future holds in the coming years.

5. Besides Academia, He Enjoys ‘Cult Films’

His interests are said to include “playing pool, trying new restaurants, watching terrible cult films, and playing with his Mini Schnauzer puppy.” 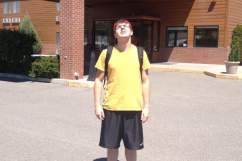