Justine Sacco, the young PR exec for media mogul Barry Diller’s IAC, found herself in the middle of a heated controversy this morning when a racist tweet caught the attention of the world media. Sacco’s contact information has reportedly been pulled down off of IAC’s website and it is now believed that she has been fired from her position as “Senior Director of Corporate Communication.”

Here is what you need to know about the woman and her tweet:

1. The Controversial Tweet Said She Hoped She Wouldn’t ‘Get AIDS’

Above is the errant tweet which sparked this controversy. Sacco, while on her way to South Africa, tweeted that she “hoped she wouldn’t get AIDS,” and that she couldn’t because she’s white.

The comment struck a chord with the world media considering that over 6 million people in South Africa live with AIDS and its spread is mostly restricted to the African population of South Africa.

2. She Was Headed to South Africa to Visit Her Father

Justine and her sister / friend. She's on the phone to someone. "No! I really didn't think it would!" She said. pic.twitter.com/HAMxdquPOG

A man in the South African airport where Justine arrived chatted her father and live-tweeted her arrival.

Sacco apparently made the tweet just before getting on the long flight from England to South Africa. As the controversy was raging on the ground, her company IAC told the press that she could not be reached on the plane.

3. Her Father Told a Twitter User She Is Living in the U.S. to Avoid Racism

Justine's dad is apologeti & basically in tears."I decided to raise her in the US. SA was too racist". Oh, the irony! #HasJustineLandedYet

Twitter user @Zac_R said that Sacco’s father is one of the many white South Africans who fled the country in 1994 in fear that the move from apartheid would ruin the country.

Justine's dad is like many South Africans who fled the county post '94. He believed "the country would be a shithole" #HasJustineLandedYet

Justine was raised in the United States where she graduated from Tulane University with a degree in philosophy, according to her Linkedin page. Before she began work with IAC in September 2011, she worked in PR and communications for WWE.

IAC released a statement while Sacco was still on the plane saying that they would take “appropriate action.” You can release the entire the statement below:

This is an outrageous, offensive comment that does not reflect the views and values of IAC. Unfortunately, the employee in question is unreachable on an international flight, but this is a very serious matter and we are taking appropriate action.

5. IAC is responsible for CollegeHumor, The Daily Beast, OkCupid & Others

The mega-corporation manages some of the most popular brands on the internet like CollegeHumor, The Daily Beast, OkCupid, Tinder, Match.com, Urban Spoon and Vimeo. 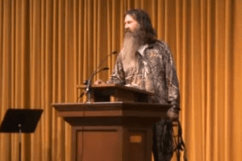 Loading more stories
wpDiscuz
1
0
Would love your thoughts, please comment.x
()
x
| Reply
The Public Relations exec for the massive company IAC is in hot water after an offensive tweet about Africa and AIDS.