A train derailment in Casselton, North Dakota has created a massive fireball that can be seen for miles around sending toxic fumes into the town, reports In Forum.

1. The Flames Are Being Seen For Miles Around

Flames are said to be reaching 100 feet into the sky. The smoke is said to be blowing south west.

2. The Derailed Train Was Hit by Another Train

Latest reports from the scene indicate that the derailed train was hit by another train causing the explosion of around seven cars.

There are no injuries being reported. The train was a part of the Burlington Northern Santa Fe railroad, which was bought by Warren Buffet for $34 billion in November 2009. 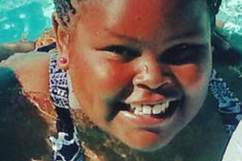 3. Residents of the Town Are Not Being Allowed Outside

Residents around the area of Casselton are being told to shelter-in-place. The crash is reported to have happened at 35th street and 154th Avenue Southeast in the town. A Google Streetview for the area shows this wide open space:

4. One Firefighter Said the Train ‘Blew-Up’

News Dakota reports that the train was carrying oil, a fire official told them that the train “blew up.” There is a concern among emergency responders as the explosion is close to an ethanol plant, reports Valley News.

5. The Town Has a Tiny Population

Casselton is the hometown of North Dakota Governor Jack Dalrymple. The town is located just outside of Fargo, close to the border with Minnesota. It has a population of just over 2,000. 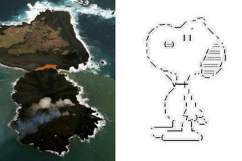 Read More
5 Fast Facts, Breaking News
Follow Heavy ↓
The fireball can be seen from 15 miles away.