Shots have been fired at the Sears in the Arrowhead Mall in Glendale, Arizona, reports ABC 15. Local police have said that the shooting occurred at around 12:15 p.m. local time.

1. The Suspects Are a Man & Woman Team

The shooting was as a result of an attempted shoplifting. The suspects are believed to be a man and a woman, when they were confronted by security, the woman is alleged to have fired a gun. Officer Jay O’Neill from the local police told the media the security guard (or “Loss Prevention Officer” according Fox Phoenix) was from the mall’s Sears store.

No injuries are being reported. The gun is reported by AZ Family to have been a handgun that the woman produced from her backpack.

KPHO reports that the woman “fired rounds at [Sears] employees.” It isn’t clear how many shots she allegedly fired.

3. The Couple Quickly Fled the Scene

Police are searching for the man and the woman. Witnesses have reported seeing the couple fleeing on a black motorcycle. The woman is described as a white female, wearing a blue hoodie and blue jeans. The man was also white with a “scruffy beard.” Glendale police spokesman Jay O’Neill said:

We are currently in the area checking a similar motorcycle that was located in an apartment complex. We do not know at this time if this is the same motorcycle.

4. The Mall is Still Open For Business

The mall has not been locked down. Aerial video from local media shows crime scene tape and police surrounding the Sears entrance to the mall. Sgt. O’Neill described the area around the Sears store as “active.”

5. The Mall is Just West of Phoenix

According to the mall’s Wikipedia page:

Since about 2007, Arrowhead Towne Center has been undergoing a transition to serve a more affluent and upscale shopper, in relation to its traditional middle-income customer base.

Arrowhead is everything to northwest Phoenix, with top shopping in a light-filled and airy setting. Great stores are everywhere, including popular department stores Dillard’s, JCPenney, Macy’s and Sears, plus Dick’s Sporting Goods and Forever 21. Add dozens of specialty stores like Aeropostale, American Eagle, Coach, Loft, Oakley, Pac Sun, Sephora and so many more for a complete – and completely satisfying – shopping experience. Need more? A 14-screen AMC Theatres and a full-scale food court add to the fun. 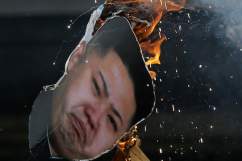