The position was created after whistleblower Edward Snowden revealed the all-encompassing mass surveillance tactics of the NSA.

Here is what you need to know about this new position and its first occupant:

1. She Held Multiple Positions in the DHS Privacy Office

Multiple Homeland Security Department documents and her Linkedin profile indicate that Richards held at least two high-ranking positions at the Department of Homeland Security’s privacy office. She became the Senior Director of Privacy Compliance in 2004, and by 2013, Richards was serving as the Acting Deputy Chief Privacy Officer.

The objectives of these positions are, according to the office’s website, to safeguard “all personally identifiable information (PII) collected to fulfill the Department’s mission.” The office also “Operates a Department-wide Privacy Incident Response Program to ensure that incidents involving PII are properly reported, investigated and mitigated, as appropriate.”

Her experience of “safeguarding” personal information of people collected by the government may be a useful skillset in her new position at the NSA.

2. The Position Was Announced in September

In September, just three months after whistleblower and former NSA analyst Edward Snowden leaked documents to journalists, the NSA succumbed to public outcry. The agency announced it would be filling a “completely new role” within the organization, a Civil Liberties and Privacy Officer.

The position will be based out of the NSA’s headquarters in Fort Meade, Maryland, and, according to CBS, will pay up to $173,000 a year.

The job opening post, which has since been taken down, can be read in its entirety at CNET. The specific duties of the post were listed as:

a. Provide advice and guidance to the Director and the NSA senior leadership team to ensure that all agency activities appropriately protect privacy and civil liberties consistent with operational, legal, and other requirements.
b. As the senior architect for CL/P, ensure that protections are addressed as part of all internal strategic decision processes related to the agency’s operations, key relationships, tradecraft, technologies, resources or policies.
c. Represent the Agency on CL/P matters and serve as a liaison to other department/agencies/boards and, as appropriate, the Congress.
d. Responsible for broadly and, to the greatest extent possible, proactively explaining how NSA protects CL/P to the internal workforce, within the IC, to USG partners and to the public.
e. Manage CL/P policy, and advise on related assessment and compliance programs.
f. Ensure adequate procedures are in place to receive, investigate, respond to, and redress complaints from individuals who raise CL/P concerns.
g. Ensure that appropriate CL/P offices within ODNI, DoD, and DoJ remain apprised of all significant CL/P issues arising from NSA activities.
h. Provide CL/P reviews and assessments as required of the NSA support to the U.S. Cyber Command.
i. Provide testimony at Congressional hearings and special briefings to Members of Congress and their staffs concerning any CL/P questions relating to NSA, as appropriate.
j. Ensure that NSA leadership is informed of significant developments or changes in CL/P related statutes, policies, best practices, or technologies affecting the NSA enterprise, its people or its resources.
k. Build partnerships with the public and private sectors and within the national security community to advance mission objectives.
l. Perform such other duties as the Director may prescribe

If real change and oversight of NSA surveillance is the objective of the agency, it seems counterintuitive to hire an intelligence insider accustomed to the underhanded dealings the Department of Homeland Security and National Security Agency have been participating in since the early 2000s.

Since the position was announced in September, critics have been skeptical, if not downright negative, as to whether it will make a difference.

4. The Hire Emerged on the Same Day as Obama’s State of the Union

In the State of the Union tonight, it’s possible that President Obama will trot out the recent hire as proof that real reform of the NSA is on the horizon. A recent Pew research poll found that 53 percent of American citizens disapprove of the NSA’s mass collection of metadata. In an effort to appease these disillusioned voters, Obama will most likely need to prove reforms will be made. 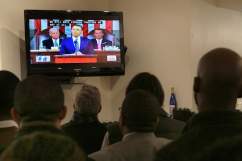 State of the Union 2014: Can Obama Win Back the Trust of Americans?

5. Obama Promised NSA Reforms at a Speech Earlier this Month

Earlier this month President Obama promised to curb the reach of the NSA. In this proposal Obama vowed to limit how much personal data the government stores rather, relying on private companies to store it. The President sees this as a compromise in which the government could still recover data with a warrant or subpoena, but does not handle the information itself. 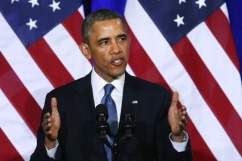