His death comes just a month after he was forced to leave his job after being found in possession of child pornography. 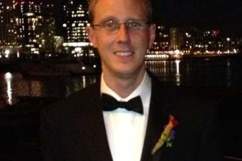 1. He Had Been Forced to Live With His Parents

Since being arrested, Loskarn had been in the custody of of his parents, Charles and Laura Goskarn, and forced to remain at their home in Sykesville, Maryland, where he’s originally from. He was required to wear an ankle bracelet while a grand jury investigation was ongoing. During this time, he was not allowed to use the Internet.

The Tennessean reports that he was found in the family’s basement, unresponsive. The Associated Press reports that he hanged himself. In the Politico report, it states that prosecutors believed that Loskarn was a suicide risk. This claim was rebutted by Loskarn’s attorney, Pamela Satterfield, who said suicide was not a risk.

2. He’s Alleged to Have Possessed a Video Showing the Rape of 6-Year-Old

Loskarn was arrested in December 2013 by U.S. Postal Service investigators, according to Politico, charged with distributing and possessing child pornography. His arrest shocked many on Capitol Hill, where Loskarn was considered a rising star.

CBS Baltimore reported that one video in Loskarn’s possession allegedly showed the rape of 6-year-old girl.

Loskarn was Alexander’s chief of staff since 2011 and has worked with the senator for many years, working with prominent U.S. Representative Marsha Blackburn as communications director between 2003-07. He replaced Matt Sonnesyn in the role who left to “pursue private interests” after ten years in the job.

Loskarn was a graduate of Tulane University with a B.A. in history and political science. In 2010, Politico profiled his boozy 32 birthday weekend adventure in D.C.

In a National Journal profile, Loskarn said, “I actually enjoy the media and reporters as human beings.” He added that when he’s not working his hobbies were home-improvement projects, reading and “trying to force myself to go to the gym.”

After his arrest in December, he was placed on leave by Sen. Alexander’s office, in a statement the senator wrote:

I was just informed by the United States Senate legal counsel’s office that law enforcement agents are conducting a search of the personal residence of Ryan Loskarn, the chief of staff of my Washington, D.C., office regarding allegations involving child pornography.

I am stunned, surprised and disappointed by what I have learned. Based on this information, I immediately placed Mr. Loskarn on administrative leave without pay. The office is fully cooperating with the investigation. 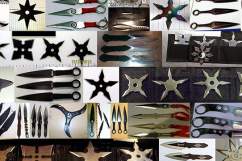 Bazookas, Swords & Suicide Vests: The Weapons Seized by the TSA in 2013