Tom Brady and Peyton Manning will renew their rivalry in the AFC Championship on Sunday. To get ready for what should be an epic showdown at Mile High, let’s take a look back at Brady vs. Manning over the years:

Peyton Manning was a nationally recognized quarterback by the time he was in high school. He had the football pedigree — his father Archie played 13 NFL seasons with New Orleans Saints, Houston Oilers and Minnesota Vikings. After an illustrious collegiate career at the University of Tennessee, Manning became the first overall pick of the 1998 draft.

Brady took a much different route to NFL stardom. Relatively unknown coming out of the University of Michigan, he was a sixth-round pick (199th overall) of the Patriots in the 2000 draft.

Sunday will mark the 15th all-time meeting between the two quarterbacks. Brady currently holds a 10-4 edge over Manning, including a 2-1 advantage in the postseason.

Tom Brady has the head to head edge over Peyton Manning but what will happen this weekend? (Pic via @ESPNMag) pic.twitter.com/E5MXNbpVnd

3. Brady Led Patriots to Epic Comeback Over Broncos in Week 12

Despite trailing 24-0 at halftime, Brady was able to lead the Patriots all the way back for a 34-31 victory over the Broncos at Gillette Stadium in Week 12.

Manning was naturally very disappointed at the way that game ended, and will be looking to exact some revenge on Sunday.

Manning: “It’s disapointing. You had a chance to beat a good team at their place…hated the way that ended.”

It was Manning and the Colts who topped Brady and the Patriots 38-34 in the 2006 AFC Championship game — the last time these two legendary quarterbacks faced off in the postseason.

Watch “The Drive” below:

Manning, who will be 38 in March, has played in more games, thrown for more yards, touchdowns (and interceptions) and has a higher overall regular-season QBR than Brady. In fact, the New Orleans native set several passing records this season, including most passing yards (5,477) and most touchdowns (55).

You hear it all the time: the only thing that matters are championships. If that’s true, then Brady, with three Super Bowl rings, holds a decided advantage over Manning, who has just one.

But when you really analyze the statistics, Brady’s numbers are actually slightly worse than Manning’s in the postseason. Check out the table below:

Although Brady has mostly gotten the best of Manning, the latter seems to simply get more love. According to the Washington Post, Manning was voted the most respected player in the league in a poll of more than 320 NFL athletes. Brady was third, also behind Manning’s successor in Indianapolis, Andrew Luck.

8. Brady vs. Manning: Off the Field

According to Boston.com, Manning brings in more endorsement money than Brady, $12 million to $7 million through last June.

Manning also seems to be more comfortable in front of the camera. He has made a number of hilarious commercials and, while he and Brady have both made Saturday Night Live hosting appearances, Peyton was considerably funnier as a host.

Manning has also done several hilarious commercials. Watch the best of them below:

When it comes to spouses, the two quarterbacks couldn’t have chosen different routes. In 2001, Manning married Ashley Thompson, who has managed to remain anonymous as any wife of a future Hall of Fame quarterback can nowadays. Brady, however, married Brazilian supermodel Gisele Bundchen in 2009 after dating actress Bridget Moynahan from 2004-2006.

9. More Than Just Brady vs. Manning

It’s easy to get caught up in all the hype and fanfare surrounding the Brady vs. Manning rivalry and forget that football is, in fact, a team game.

According to Bleacher Report, Manning has had the advantage of a better defense in four of the past five matchups while Brady has benefited from a better ground game.

With a depleted arsenal of weapons on offense, New England coach Bill Belichick has begun to rely less on the arm of Brady and more on a power running game featuring LeGarrette Blount and Stevan Ridley.

Meanwhile, Manning is generally agreed to have many more weapons at his disposal this year, including Wes Welker, former Patriots receiver and top target of Brady. 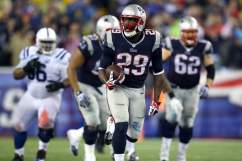 10. Respect, Not Hate, Fuels the Rivalry

Many rivalries in sports are fueled by a genuine dislike on both sides. This is not the case with Tom Brady and Peyton Manning, who share a profound respect for one another.

Brady on Manning: “You play all these years where you have not a lot of touchdown passes, and all of a sudden you’re throwing four a game. It’s pretty incredible.”

Manning on Brady: “I think the one thing that jumps out about Tom is just his consistency. I feel like he’s been a better player each year than he was the year before. That, to me, speaks to his work ethic in the offseason, his refusal to be complacent or satisfied.”

Brady talked about Manning in an interview with ESPN last year: