Verizon’s first-ever transparency report, released today, showed that United States law enforcement from all levels requested over 320,000 records from their customers internationally, including up to 2,000 NSA requests.

The report detailed how many requests were filed in the form of subpoenas, warrants, court orders and National Security Letters. However, “the United States government has limited what we can report regarding requests in national security matters,” said Executive Vice President of Public Policy Randal Milch.

The majority of requests were issued as subpoenas. Over 164,000 subpoenas requesting specific customer information were served. Those subpoenas “are generally used by law enforcement to obtain subscriber information or the type of information that appears on a customer’s phone bill,” said the report. “That is, those subpoenas typically require us to provide the name and address of a customer assigned a given phone number or IP address.”

“Verizon Wireless does not track how many subpoenas were received for information in a specific category, although more subpoenas sought subscriber information than historical call detail information,” Vice President of General Counsel and Secretary William B. Petersen wrote in a letter to Sen. Ed Markey (D-Mass.)

Subpoenas are usually issued by law enforcement officials or prosecutors and do not have to go through the chain of getting a judge’s signature, unlike court orders which made up 70,665 of Verizon’s requests. Of those orders, 1,496 were wiretap orders, where a judge must find probable cause that a crime is being or will be committed. There were also 12,000 demands for text-message content, said the letter to Senator Markey.

Fifty-thousand emergency requests were filed with Verizon, which are made in response to harmful and imminent situations such as a bomb threat or a kidnapping. This is a rise in figures from 2012, which had 30,000 emergency requests to Verizon from law enforcement from a total of 270,000 data requests, according to Petersen.

“Protecting our customers’ privacy is a bedrock commitment at Verizon,” said Milch. “If a demand is overly broad or vague, we will not disclose any information in response or will work to narrow the scope of the information we produce,” he said.

You can read the report below: 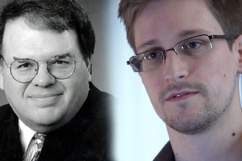