Renee Fleming has sung Mozart at The Metropolitan Opera, she’s sung Bellini with Theatre du Chatelet, but the most widely heard performance of her career will come Sunday night, when she’ll belt the national anthem at a freezing football stadium in New Jersey.

Here’s what you need to know about the world-renowned soprano who will be reminding us all how great the flag is before the Broncos and Seahawks try to destroy each other:

1. She Is Considered One of the Greatest Living Sopranos

There are few greater joys in opera than to hear Fleming sing…seemingly forever youthful and certainly forever beautiful, Fleming is still the reigning diva of the opera world, and her voice, gleaming and pure as crystal, is as captivating as ever.

Rusalka has become Fleming’s signature role. The opera, based on Czech mythology, tells the story of a water nymph who wishes to transform into a human so as to marry a handsome prince (essentially an ancient slavic “Little Mermaid”). Fleming’s great-grandparents emigrated from Prague and were the first to introduce her to Czech music.

Fleming grew up in Rochester, New York, and attended SUNY Potsdam, going on to study at Juilliard, funding her education in part through jazz singing gigs.

Her big break came when she was 29, when she won the 1988 Metropolitan Opera Auditions.

Her previous high-profile performances include Obama’s first inauguration, the 20th anniversary of The Velvet Revolution, and singing the Top 10 List on David Letterman:

2. She Once Sang a Duet With Lou Reed

At the celebration of the 20th anniversary of the Velvet Revolution in Prague, Fleming sang a duet with Lou Reed, at the request of Czech President Vaclav Havel. While it’s hard to think of a vocalist whose style is more antithetical to opera outside of doom metal, Fleming’s duet with Lou Reed is perhaps less strange in light of her 2010 album Dark Hope. That album consisted of 10 indie rock covers by such artists as Arcade Fire, Band of Horses, Death Cab for Cutie, and Leonard Cohen.

3. She Was Once Married to Actor Rick Ross

Not that Rick Ross.

She was married to a stage actor named Rick Ross from 1989 until 2000, when they divorced. The couple had two daughters together, Amelia in 1992, and Sage in ’95. In 2011, Fleming married corporate lawyer Tim Jessell, after having been set up by author Ann Patchett.


4. She’s the First Opera Singer to Perform at the Super Bowl

The Washington Post’s write-up on the choice of Flemming for the Super Bowl focuses on the tensions in the opera community between traditionalists who thumb their noses at leading opera singers sullying themselves with commercial gigs, and those excited at the possibility of Fleming’s appearance providing contemporary opera greater mainstream exposure. The Post writes:

Any time a classical artist appears in a nontraditional venue, some purist is probably going to make noises about commercialism and selling out. It’s hard to remember now the furor that Luciano Pavarotti caused when he made his first American Express ad, back in the ’70s.

However, the article goes on to say that the sort of outrage Pavarotti once faced has largely abated, and characterizes some of the backlash as sour grapes: “The field is on some level so hungry for recognition that many of the artists who make pronouncements about not wanting to sell out would almost certainly leap at the chance to appear on Letterman.”

5. She Is the Subject of Many Prop Bets

For those Heavy readers with profound gambling addictions, here are some of the prop bets you can make on Renee Fleming’s performance:

The Bleacher Report suggests it might be a safe bet that Flemming will go a little over her estimated time, given that she stretched Letterman’s top 10 list into an 8 minute affair. 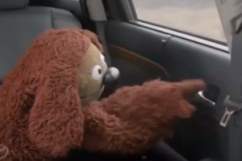 Loading more stories
wpDiscuz
0
0
Would love your thoughts, please comment.x
()
x
| Reply
Opera singer Renee Fleming will sing the national anthem at the 2014 Super Bowl. Here's what you need to know about America's most famous soprano.