Alfred Wright, 28, was missing for 18 days in Jasper, Texas, when his dead body was found on November 25, 2013, in an area the Sabine County Sheriff’s office claimed they had already searched. That was the first inconsistency in this bizarre investigation.

When he was found, police were quick to paint Wright’s death as a drug overdose and claimed that in going missing, he exhibited “classic” meth addict behavior. His family were never satisfied, they countered the official cause of death, saying that Wright, married with three children, was a fitness guru who never touched drugs. Now they have hired a private investigator, Chuck Foreman, who is certain there was foul play involved in Wright’s death.

Here’s what you need to know about this potentially tragic cover-up:

1. Wright Was Rumored to Be Having an Affair With the Sheriff’s Daughter

Lauren Wright, pictured with her and Alfred’s boys, Kingson, 4, and Kason, 2. He also had a son, Kamryn, 8, from a previous relationship. (Facebook)

According to Chuck Foreman, Wright was having an affair with Cindy Maddox, 37, daughter of Sabine County Sheriff Tom Maddox. The private investigator told The Daily Mail, “I’ve been told by several sources that there was a relationship and that the sheriff knew about it. What I don’t know is whether he knew before or after Alfred’s death.”

She works at a clinic in Hemphill, Texas, where she arranged appointments for physical therapists. There were also reports that Wright was seeing another “white woman” from Hemphill. This didn’t surprise his father, who had said about his son, “If you met Alfred he would blow you away. He had charisma. Women loved him.”

Lauren Wright, Alfred Wright’s wife, doesn’t believe he was cheating on her. She told the Mail, “I don’t think it’s true that there were other women. But I don’t know, I looked through his phone records and there were no repeated calls.”

2. His Tongue Was Cut Out, According to the Family

Alfred Wright, pictured with his brother Savion (left). Savion had been a finalist on American Idol recently. (Facebook)

Despite an autopsy that determined there was no foul play, Chuck Foreman and Wright’s family are saying that his throat was cut, reports CNN, his eyes were gouged out, his tongue was missing and his left ear had been chopped off. According to reports, he was found lying face-down in mud, just outside of Hemphill. Sheriff Tom Maddox announced that Wright died of a drug overdose, and an autopsy went along with the party line. The pathologist’s report stated that Wright had cocaine and meth is in his system.

Scattered around the area where he was body was found were his personal belongings like his wallet, watch and a shoe. His watch had been found on a cattle grid. His wife said, “Alfred had a fetish for watches. If he had money, he’d buy a watch. He’d never have just taken it off.” On drugs, Lauren Wright is not dismissing the theory: “He had been acting odd the night before, they asked if he might have been taking something and I was so gone with worry I just couldn’t rule anything out. We never spoke about drugs. I never saw him use drugs. But Alfred was a private man in many ways. He kept things to himself.”

Texas Rangers have already called Wright’s death “questionable,” and the Department of Justice is keeping a “keen eye” on events unfolding in Jasper. The FBI is also ready to get involved. PI Chuck Foreman has said, “This case is downright weird. Law enforcement here have lied, they have disregarded code and they have never once expressed condolences to his family.” The Texas ranger officially assigned to investigate the death was given his first job by Sheriff Maddox. 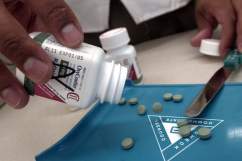 Zohydro, ‘the Next OxyContin’: 5 Fast Facts You Need to Know

4. His Mother Called it a ‘Hate Crime’

The town of Jasper, Texas, has had a dark, racist past. In 1998, James Byrd, a 28-year-old black man, was brutally murdered by white supremacists. Wright’s mother, Rosalind Wright, says, “I think this is a hate crime. What they did to my boy, it hurts me so much to think of it.”

5. Prior to His Death, Wright Was Facing Embezzlement Charges

In December 2014, Wright had been due to stand trial in Tennessee, charged with embezzling $1,000 from a previous job as a bank clerk. In a Facebook post lambasting the Sabine County Sheriff’s lack of effort in the search while Wright was still missing, one sheriff’s deputy replied, saying, “He’s laid up drinking cold beer watching football some place warm hiding out to keep from going to jail.”

Lauren Wright asserts, “He wanted that trial.” According to his family, Wright had turned down plea bargains in the case in attempts to prove his innocence. His lawyer in Memphis had said that prison time was not a realistic outcome in the trial. Had he been found guilty he was facing probation and a fine. 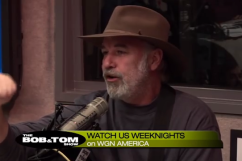 Loading more stories
wpDiscuz
3
0
Would love your thoughts, please comment.x
()
x
| Reply
Alfred Wright's death was ruled to be a drug overdose by the Sabine County Sheriff's office — but Wright was dating the sheriff's daughter and his tongue was cut out.