Drama student Juliana Luckiw, 22, was arrested at around 9 p.m. on the night February 4 by the NYPD in relation to the death of beloved actor Philip Seymour Hoffman. She was arrested along with Max Rosenblum, 22, Robert Vinberg, 57 and Thomas Kushman, 48, The Daily News reports. Oscar-winning actor Philip Seymour Hoffman was found dead in his West Village apartment on February 2 of a suspected drug overdose.

Here’s what you need to know about Juliana Luckiw:

1. Luchkiw Was Arrested in Her Home

She was arrested at an apartment at 302 Mott Street, close the West Village apartment where Philip Seymour Hoffman lived. It’s reported that Luchkiw lived in the apartment building. Of the four arrested, only Kushman didn’t live at the residence. 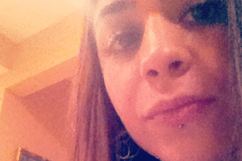 Juliana Luchkiw: All the Pictures You Need to See

2. Cops Found Hundred of Bags Heroin at the Residence

She is being charged with use of drug paraphernalia, criminal possession of a controlled substance and unlawful possession of marijuana. According to reports, 350 bags of what is believed to be heroin were recovered at the scene.

Police do not know if the heroin found in the apartment is directly related to the batch that killed Hoffman. It did not have the same branding as the heroin found in Hoffman’s apartment. According to New York 1, Philip Seymour Hoffman bought over $1,000 worth of heroin and cocaine from dealers the night before his death. Surveillance footage from outside a Greenwich Village grocery showed him withdrawing money from an ATM and being accompanied by two men with messenger bags.

3. Her Father is a Prominent New Jersey Lawyer

In particular, Mr. Luchkiw has extensive experience with environmental land use regulation issues relating to development in environmentally sensitive areas.

4. Her Boyfriend Has Also Been Arrested

Reports suggest that Luchkiw, and fellow arrestee Max Rosenblum, had been dating for around a year. 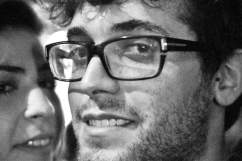 5. Cops Believe Hoffman Bought Heroin at the Apartment at Least Once

Juliana Luchkiw: All the Pictures You Need to See

Loading more stories
wpDiscuz
0
0
Would love your thoughts, please comment.x
()
x
| Reply
Juliana Luchkiw, along with Max Rosenblum, Robert Vineberg & Thomas Cushman have been arrested by NYPD in relation to the death of Philip Seymour Hoffman.