Thomas Cushman, 48, was one of four people arrested during NYPD raids on an apartment building at 203 Mott Street. After his arrest, Cushman was not charged with criminal possession of drugs at an arraignment, reports TMZ. The other three arrested were Juliana Luchkiw, 22, Max Rosenblum, 22 and Robert Vineberg, 57. Media reports have indicated that arrests may be related to the death of actor Philip Seymour Hoffman on February 2. The Oscar winner was found dead in his West Village apartment in Manhattan, allegedly with a needle in his arm.

Here’s what you need to know about Cushman:

1. He Could Have Faced Serious Charges

According to The Daily News, Cushman is the only one of the four arrested who did not live at 203 Mott Street. During the arrests, cops are alleged to have found more than 350 bags of heroin. The heroin may not be the same as that which was found in Philip Seymour Hoffman’s because it wasn’t labeled the same way.

He’s the manager of a thrift store, Project Hope Boutique Thrift, in Fort Greene, Brooklyn. In a March 2013 interview with The New York Times, he says that he began working at the store from living in the neighborhood and walking by the store constantly. The Times reports that the store donates its profits to cancer charities. Prior to working at the store, he used to “co-own” a couple of book stores. Occasionally he says, people have tried to donate “prescription pills” to the store.

3. He Was a Resident of the West Village

Cushman is a resident of Brooklyn, Newsday reports his address as 396 Vanderbilt Avenue (above). He was born in New York City, grew up in the West Village (where Philip Seymour Hoffman was found dead) but has lived in Brooklyn for the past 25 years.

The Times interview about his job at the thrift store indicates that he is father, he say about his children, “I pretty much try to do whatever my children tell me — I find it makes life simpler.”

4. Tom Cushman Was Part of a Beastie Boys’ Side Project in the 1980s

A New York Observer article from 2001, refers to Tom Cushman as a “mystery-bookstore manager and Beastie Boy buddy.” In the New York Times interview about his thrift store, Cushman mentioned how co-owned bookstores in the past.

An online encyclopedia about The Beastie Boys has a page dedicated to Tom Cushman, the site reads:

Brooklyn was formed around late 1987 or early 1988. Its members included Adam Yauch of the Beastie Boys, Tom Cushman, Daryl Jenifer of Bad Brains, and Doug E. Beans who was the drummer in Murphy’s Law. Murphy’s Law along with Fishbone had opened night after night for the Beastie Boys during the Licensed to Ill tour, so three out of four of them had gotten to know each other better while on the road.

In a New Yorker tribute to the late Beastie Boy Adam Yauch, the writer, Sasha Frere-Jones, says she was given her first Beastie Boys recording by Tom Cushman during the 1980s.

An article about the bookstore, Murder Ink, mentions Cushman, saying:

Tom Cushman, the general manager, who thrives on Murder Ink’s crime novels, can often be overheard steering buffs toward new tales of mayhem.

A blog that posts “New York City Stories,” has a post by Tom Cushman about his experiences managing Murder Ink. The only other post on the site by Tom Cushman is a detailed account of the 9/11 attacks. 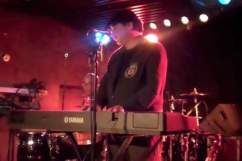 Robert Vineberg: All the Photos You Need to See

5. Hoffman is Alleged to Have Bought Heroin in the Mott Street Apartment in the Last Few Months

Police were acting on a tip from a known heroin user who says he witnessed Philip Seymour Hoffman buying drugs in the apartment building in the last few months. Surveillance footage is reported to have shown Hoffman withdrawing over a grand from an ATM in a grocery store close to his apartment and hanging around with two men with messenger bags.

A woman, reported by The New York Post, to be the daughter of Robert Vineberg, said that her father was Philip Seymour Hoffman’s heroin dealer. She added that Rosenblum and Kuchkiw were not connected with the drugs and just his neighbors. She didn’t comment about Thomas Cushman. 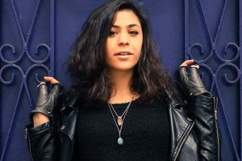 Loading more stories
wpDiscuz
0
0
Would love your thoughts, please comment.x
()
x
| Reply
Thomas Cushman (Kushman) was one four people arrested on drugs charges that may be related to the death of Philip Seymour Hoffman.