Rachel Canning is the high school cheerleader who is suing her parents because they won’t pay for her to college, reports CBS New York.

In the CBS New York article, it’s reported that Canning has lost her case for emergency funds from her parents but the judge said that the case will be revisited in April.

Canning is an honor student at Morris Catholic High School in Denville, New Jersey, according to her Facebook page. It also states that she works at a TGI Fridays.

1. She Says it All Started Because She Wouldn’t Break Up With Her Boyfriend

According to Canning, she moved out of her family home when her parents gave her an ultimatum on October 29, 2013. They told her to break up with him or move out; she chose the latter. After leaving home, she moved in with her best friend, whose dad, lawyer John Inglesino, encouraged Canning to take legal action against her folks.

Meanwhile Canning’s father, Sean, says that his daughter ran away and he never asked her to leave. “Living in our house, there’s very few rules. There’s minor chores. There’s curfews – when I say curfew, it’s usually after 11 o’clock at night.”

Her parents have said that the unnamed boyfriend, “apparently has no supervision, was given an out-of-school suspension and had access to a car.” An official at Morris Catholic, Kathleen Smith, wrote an open letter about the case, calling Canning a “good person,” adding that she has a “very bright future ahead.” In the letter, Smith also wrote that Canning was living with a “very wonderful family” in the Rockaway Township in New Jersey.

2. Canning Has a $20,000 Scholarship to the University of Vermont

Her first choice school is the University of Vermont, where she has a $20,000 scholarship to. Sean Canning, though, won’t foot the rest of the bill. He says, “We have a college fund that’s available to her — there’s no doubt about that. But it’s the equivalent … of going shopping at a high-end store and sending someone else the bill.” According to her lawyer, Tanya Helfand, Canning has been accepted into numerous schools and “deadlines to accept are imminent,” reports NJ.com.

3. Canning Says Her Former Police Chief Dad Was ‘Inappropriately Affectionate to Her Growing Up

In court filings made today in Morristown, New Jersey, NBC New York reports that her father was “inappropriately affectionate” to her throughout most of her life. On one occasion she says that her dad got her black out drunk. In another instance, she says she was woken up in the middle of the night to play beer pong. Canning also contends that her father once told her that he didn’t see her as a daughter, but as “more than that.”

Reporter @PeggyWrightDR meets with Attorney John Inglesino and Rachel Canning before their hearing this afternoon. pic.twitter.com/ZIPgedAUPI

Sean Canning is a retired Lincoln Park, New Jersey, police chief. Presently he works as a business administrator for the Township of Mount Olive. 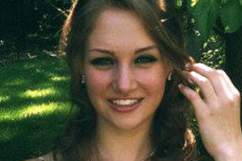 PHOTOS: Rachel Canning, the N.J. Teen Who Is Suing Her Parents

At the new school, she didn’t get as much time to play basketball which cost her the chance of scholarship. She claims that her father and mother cut her off because she told school authorities about “severe and excessive verbal and physical abuse.” According to NJ.com, students have rallied to raise the funds to keep Canning at Morris High.

Elizabeth Canning works as a secretary for the law firm McElroy, Deutsch, Mulvaney & Carpenter in Manhattan.

5. She Does Not Want to Be Emancipated

Canning is not asking for emancipation from her parents, as that would remove any financial obligation they had to her. Though she does not want to return home, she wrote in court documents:

I am not willingly and voluntarily leaving a reasonable situation at home to make my own decisions. I had to leave to end the abuse.

My parents simply will not help me any longer. They want nothing to do with me and refuse to even help me financially outside the home although they certainly have the ability to do so.

The legal documents state that Canning is “unemancipated” from her parents and that she was abandoned “in the middle of the school year.”

PHOTOS: Rachel Canning, the N.J. Teen Who Is Suing Her Parents

Read More
5 Fast Facts, Breaking News, New York
Follow Heavy ↓
wpDiscuz
0
0
Would love your thoughts, please comment.x
()
x
| Reply
Rachel Canning also claims that her father used to get her drunk and that her mother gave her an eating disorder.