The Tennessee Bureau of Investigation say that Bobo was seen with both Zachary Adams and Jason Autrey after her disappearance, according The Tennessean.

Holly Bobo's body has not been recovered but the TBI remains hopeful her body can be found.

The TBI director Mary Gwyn has confirmed that authorities still do not know where Bobo’s body is.

Holly Bobo has not been seen since April 2011. (Facebook)

According to the Jackson Sun, Autry is serving a three-year sentence at the Riverbend maximum security prison in Nashville. He’s serving time for an unrelated assault charge.

Autrey is charged with kidnapping and first-degree felony murder. He will appear in court on April 30.

In 2008, Autry, who was in prison, charged with theft, escaped jail but was eventually recaptured. News Channel 5 reported at the time that Autry had a tattoo of the grim reaper on his arm. His charges then were for burglary and theft over $1,000 and less than $10,000.

5. He and Zach Adams Are Old Pals 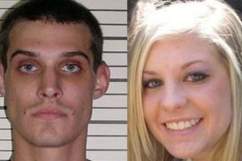