Wine critic and avid outdoorsman Mark Phillips has a new product that could make a major splash. Philips’ invention is called Palcohol, an alcoholic powder that will be sold in small packets that would equal about one shot of alcohol.

Here is what you need to know about the product:

1. It Was Approved ‘in Error’ by the Government

On April 8, 2014, the Alcohol and Tobacco Tax and Trade Bureau, approved the intoxicant. The product was expected to be in stores by the fall.

But according to CNN Money, on April 21, after a wave of negative publicity and questions from critics about the product, the ATTTB said the approval was granted “in error” and rescinded it.

2. Phillips Invented It Because It’s Inconvenient to Carry Bottles

According to Palcohol’s official website, the powder was created because Phillips wanted a drink after a long day of hiking or camping, but hated carrying bottles with him. The website says:

…But those activities, and many others, don’t lend themselves to lugging heavy bottles of wine, beer or spirits. The only liquid he wanted to carry was water. So he thought? Wouldn’t it be great to have alcohol in powder form so all one had to do is add water? Since powder is light and compact, it wouldn’t be a burden to carry. Mark searched for powdered alcohol and it wasn’t available. So he began his quest to create it. After years of research, experimentation and consultation with scientists around the world, he finally came up with powdered alcohol and called it Palcohol.

3. The Company Does Not Recommend You Snort It

The company is already embroiled in a controversy because of comments made on its official site before it received all of the unexpected media attention. The most poorly received of the company’s statements said, according to USA Today, “Let’s talk about the elephant in the room … snorting Palcohol. Yes, you can snort it. And you’ll get drunk almost instantly. … Good idea? No. It will mess you up.”

Now the website says, “Can I snort it? We have seen comments about goofballs wanting to snort it. Don’t do it!”

4. It Comes in 2 Alcohol and 4 Cocktail Flavors

According to their website, Palcohol has six flavors. Two are pure unmixed alcohol flavors vodka and Puerto Rican rum, and the other four cocktails flavors come in cosmopolitan, mojito, powderita, and lemon drop.

The idea is that a person could add the powder to 5 ounces of water, or any other flavored beverage in order to get your desired taste. The ounce of powder combined with 5 ounces of a non-alcoholic liquid would have the alcohol content of a regular mixed drink. 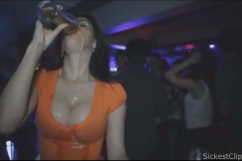 Neknomination: The Most Insane Photos of the Deadly Drinking Game

Loading more stories
wpDiscuz
2
0
Would love your thoughts, please comment.x
()
x
| Reply
The government has approved "Palcohol," the powdered alcohol that will be sold in little packets. Here is what you need to know.