The U.S. national team will face Ghana in the first round of Group G, the “Group of Death” at 6 p.m. Eastern time from the Estadio das Dunas in the city of Natal. The U.S.A. is seeking revenge after facing elimination in the 2010 World Cup due to a devastating loss to Ghana.

Here is a preview of the match-up:

1. History is Working Against the USA

History has not given the USA the confidence it needs to beat Ghana. In 2006, Ghana knocked the USA out of the group stage with a 2-1 win.

In the next World Cup in 2010, Ghana beat the U.S.A once again in a 2-1 victory after 93 minutes of play, a devastating blow to the USMNT.

Seven veterans from the 2010 Ghanaian team will once again face the U.S.A. tonight, including their unstoppable captain, Asamoah Gyan.

2. Clint Dempsey Says ‘Forget the Past’

The U.S. national team’s veteran and team captain, Clint Dempsey had a few comments about the match up against Ghana tonight regarding the worry that surrounds the history of the two teams.

He said in a press conference on Sunday:

Ghana’s a good team. They’ve done well the past two World Cups. But at the same time, every time you come to the World Cup, it’s a fresh slate, an opportunity to prove to the rest of the world that you’re a quality side and continuing to develop the game in our home country, moving in the right direction.

The team leader said of the U.S.A’s preparation for the big game:

I think our preparation has been very good. We’re excited about the opportunity to play against Ghana. If we play to the best of our ability, we have the quality that we can go far in this tournament. That’s what we focus on.

Dempsey knows how difficult it will be to get past not just Ghana, but the other threatening teams in Group G.

After the group draw, the captain said:

It’s going to be a difficult group, and there are a lot of other difficult groups as well. There’s excitement amongst our team because we have a good group of guys. And this is what the World Cup’s about, playing the best teams. The trick is to get off to a good start, try to get out of the group and then see what happens.”

3. Ghana is Confident They Will Come Out On Top

One of the biggest threats the U.S. will face is Ghana’s team captain, Asamoah Gyan. Gyan realizes the odds that Ghana has in Group G which are only slightly better than the U.S.A.’s. Howevere, he seems completely confident in his team’s ability to come out on top of Group G, trusting his teammates talent as a whole.

Ghana’s group is the toughest. It is the group of death, but we have a good team to compete with any team. There is no need to fear Germany or Portugal or even the USA. Ghanaians should relax, we’ll qualify from the group and make Ghana proud again.There is teamwork and coordination amongst us [Black Stars] so we’ll work hard and do well at the World Cup.”

Ghana’s starting midfielder, Kevin Prince Boateng has been listed as another of Ghana’s biggest threats. He is also the teammate of U.S. player, Jermaine Jones.

The talented player said of the match-up with the U.S.A:

It’s my dream…It is evident that wishes can still come true. I am looking forward to the duel and the next game against my brother at a World Cup. Even the game against my teammate Jermaine Jones is just great. ”

Every betting site has Ghana down was the favorites to win this one. The best ones you’re likely to find are 27/20 at Sporting Bet. The average betting with the other sites is around 7/5.

Some people think the game will end in a 1-1 draw because the betting odds are so tight.

5. Portugal’s Loss is a Good Thing for the USA

Germany absolutely annihilated Portugal in the game earlier today with a 4-0 victory, much to the satisfaction of the USMNT.

All Americans that were rooting for Portugal were technically rooting against the U.S. This is because is Germany comes out on top, the U.S. will only need four points to get out of the Group of Death.

Until Germany faces the U.S., any German victory is a victory for the U.S. 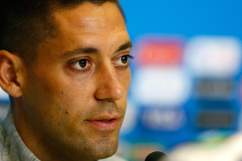 Ghana Vs. USA Odds: 5 Fast Facts You Need to Know

Read More
Soccer, Sports, USMNT, World Cup
The U.S. national team will face Ghana in the first round of Group G, the "Group of Death." Ghana eliminated the USMNT in the 2010 World Cup.