She’s smart, beautiful, and it doesn’t hurt that she’s dating German soccer star Sami Khedira. 26-year-old Lena Gercke may be busy cheering on her beau at the World Cup this summer, but the beautiful blonde is also an educated German fashion model who hosts many of Germany and Austria’s most famous TV shows.

1. She Won Germany’s ‘Next Top Model’

After winning the competition at age 17, Gercke received an advertising contract with OuiSet, and a modeling deal with IMG Models in Paris. She was featured on the June 2006 issue of Cosmo in Germany, along with other American magazines like Glamour, Sports Week, and Votre Beaute.

Despite the ambition with which she has pursued a modeling career, Gercke still focused on academics by finishing school with an Abitur degree.

With an intelligent head on her shoulders and slender legs that would make anyone double take, Gercke paved the way for an extremely successful modeling career, appearing as the face for campaigns such as Hugo Boss Green, Gilette, Theory, and Calzedonia.

You can view her modeling portfolio here.

Apart from leading many high-profile modeling campaigns, Gercke has also found room in her schedule to host an array of German and Austrian TV shows, such as Puls 4 TV show Austria’s Next Top Model for four years and worked on the ProSieben TV show Stars, Lifestyle & More. She also hosts Das Supertalent— Germany’s version of America’s Got Talent. 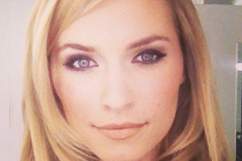 Lena Gercke: The Photos You Need to See

Until December 2009, Gercke was dating Jay Khan— a British pop singer and songwriter. He wrote for his band, US5, as a songwriter and producer, under the initials TK Roxx. He was responsible for the band claiming nine of Germany’s top ten hits by 2008.

Khan began his career at 16, working for the record company Triple-M. He and Gercke ultimately separated because of the distance between them– she told Bild that when two people are as concentrated on their careers as they were, it’s almost impossible to maintain a healthy and happy relationship.

4. She and Khedira Posed for GQ Together

In the summer of 2011, Gercke and Khedira decided to make their relationship public by posing for and being interviewed by GQ. In a translated interview, Gercke says:

I daresay that we trust each other 100%. We can tell each other everything, but also discuss things that are uncomfortable with one another.

Grecke adorably added on that his “home base” is in Madrid with Sami.

Though the two run on separate schedules, with Sami constantly playing soccer and lena traveling internationally for her career, they make their relationship work. The couple told GQ,

We are both self-critical, and a demand a lot from ourselves. I was raised to be thrifty, like Sami.

5. She Began Modeling After Winning a Casting Call for Burger King

In 2004, when Gercke was just 16-years-old, she won a casting call for the Burger King chain, and signed with Langer-Pueschel. The fast food chain was only the beginning of her career, though. Gercke soon booked advertising deals with Microsoft, and walked the catwalk in 2010 at New York Fashion week for Custo Barcelona. It’s no wonder the blond beauty has over 277,000 followers on Instagram.

Read More
WAGs, World Cup
Fashion model and television host Lena Gercke is dating soccer star Sami Khedira, and is easily one of the hottest WAG's at the World Cup this year.