If you prefer to enjoy your fast food without thinking about the factory in which it was made, then you might not want to watch the above video. An undercover reporter went into a fast food meat company’s plant and found some shocking, disgusting things. The above video shows some of the worst offenses: expired meat being mixed back in with new beef; defective chicken nuggets being thrown back in with raw chicken to be processed again.

The video and investigative report was done at the Husi food company in Shanghai, which is part of OSI Group, an Illinois-based company. They are big business, and supply meat products to major American food chains in China including McDonald’s, KFC, and Pizza Hut.

Besides the video proof, recent company emails showed that management asked workers to use beef which had expired in November of 2013. According to the whistleblower, the company has been taking these types of shortcuts and hiding their abuses during inspection tours for a long time.

After these allegations, the Shanghai food and drug administration closed operations at the Husi company. McDonald’s soon ended their relationship with the OSI food company. All meat products sent to McDonald’s and KFC were taken off the shelves and it has affected supply in China and Japan.

Many McDonald’s stores in China have no burgers or chicken nuggets to sell, and can only offer fish burgers. According to a company spokesperson, a full menu will not be available in Chinese McDonald’s until early August.

In the video above, many of the people polled on the street didn’t seem particularly phased or disgusted by the news. They seemed to accept that it had happened before, would happen again, and that they’d probably continue eating the fast food again at some point. 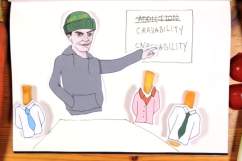 WATCH: The Most Important Rule of Healthy Eating 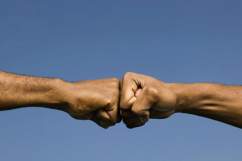