Tony DeFrances has been named as the man who shot ArrowStream CEO Steve LaVoie in the head and torso during an office dispute in Chicago’s financial district on July 31. Chicago Police Superintendent Garry McCarthy told the media:

Apparently he was despondent over the fact that he got demoted. It’s a workplace violence issue.

1. A Friend Said DeFrances ‘Must Have Snapped’

DeFrances was ArrowStream’s Chief Technology Officer, he had been demoted on July 25, due ArrowStream’s period of downsizing. On July 1, he had demanded a sit-down meeting with company CEO Steve LaVoie at the company’s 17th floor office on 231 S. LaSalle St, during that meeting DeFrances brandished a gun. After a brief standoff, DeFrances shot LaVoie in the head and torso. The former CTO then turned the gun on himself and took his own life. The ATF have said that it is assisting the Chicago PD in tracing the weapon used.

A friend of DeFrances, George Volland spoke to CBS Chicago about his friend:

Tony was a great guy. I knew he was very dedicated in his job. He’d always have his PC with his backpack, and he’d always be working on the train. It was just a complete shock to me. I’m shaken, frankly. I really liked the guy, and to hear this is just a total shock. He must have snapped.

DeFrances had been with ArrowStream since the company was formed by LaVoie back in 2000. According to an online profile, in his role at the company:

DeFrances has brought the vision of total supply chain connectivity and collaboration to life through technology. In developing ArrowStream’s proprietary supply chain technology, he has enabled foodservice and grocery trading partners to achieve an unprecedented level of synchronization and information sharing that delivers measurable cost savings and revenue generating opportunities. The results of DeFrances’ development have helped to facilitate ArrowStream’s continued profitability, including a 65 percent Compound Annual Growth Rate (CAGR) over the last three years and over $85M in revenue in 2008.

A source told The Chicago Tribune that LaVoie and DeFrances had been “friends for years.”

3. He Had a Master’s in Psychology

DeFrances was a graduate of the University of Dayton where he has master’s in computer science and experimental psychology. Prior to joining ArrowStream, DeFrances was behind a successful software startup of his own.

4. DeFrances Leaves Behind a Wife & 3 Kids

He was married to his wife Eileen, the couple had three children and lived in the Chicago area. His wife works in the pharmaceutical industry.

5. Steven LaVoie Was Shot in the Head

Steven LaVoie remains in critical condition in hospital. LeVoie started ArrowStream in 2000 and was the company’s CEO. According to CBS Chicago, Tony DeFrances did not have a license to carry a gun. Police are working for figure out how DeFrances got the weapon. 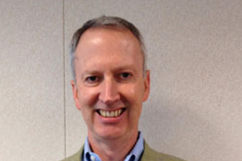