Fourteen-year-old Lily Hartwell is accused of trying to burn her family to death in another crime that could be related to Slender Man, the fictional Internet ghoul who preys on children.

Hartwell, a student at Chasco Middle School in Port Richey, Florida, frequently posts images of Slender Man as well as other violent animated figures on her Facebook page. On August 5, Hartwell debated with friends about whether or not Slender Man was real.

Police confirmed in a press conference that Hartwell visited sites such as Creepypasta, which is related to Slender Man, on a regular basis.

Slender Man is described on the CreepyPasta Wiki:

The Slender Man is an alleged paranormal figure purported to have been in existence for centuries … Despite the fact that it is rumored he kills children almost exclusively, it is difficult to say whether or not his only objective is slaughter. … His main intentions appear to be kidnapping children, as when he is seen near them in photographs, they usually disappear shortly afterwards. 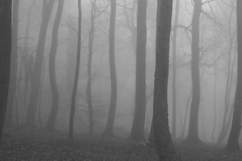 2. Hartwell’s Family Escaped When the Fire Alarm Went Off

Police responded to a “suspicious” fire on Hermitage Lane in Port Richey, Florida, on the morning of September 4. Inside the home, Lily Hartwell’s mother and brother were awoken by the home’s fire alarm and were able to escape. Fox Tampa Bay reports that the fire was started at around 2 a.m.

3. She Was Arrested 3 Miles From Her Home

Lily Hartwell, first named by the Tampa Bay Tribune, was later arrested on Little Road in Port Richey, about three miles south of her home. According to police, Hartwell started the fire after arguing with her family.

Hartwell will be charged with one count of arson and two counts of attempted murder against her mother and brother, according to ABC Tampa Bay.

5. This Is the Second Hideous Crime Attributed to Slender Man

Morgan Geyser is one of two tween suspects in the horrific stabbing of a 12-year-old girl in Wisconsin, an apparent sacrifice to the mythical Slender Man.

Back in June 2014, two 12-year-old Wisconsin girls, Morgan Geyser and Anissa Weier, were accused of stabbing their friend and leaving her for dead in a wooded area. That crime was based on the girl’s belief that it would please the Slender Man. The girls have both been charged with first-degree murder and are accused of planning the attack for months. 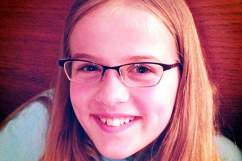 Read More
5 Fast Facts, Breaking News, Crime, Florida, Slender Man
14-year-old Lily Hartwell is accused of trying to kill her family in a crime that could be related to the fictional horror creature Slender Man.