A community in Kansas is reeling after two teenage girls committed suicide within two days of each other. On November 7, Ciara Webb took her own life at her home in Olathe, Kansas. Then on November 9, her soccer teammate, Cady Housh, threw herself in front of train in nearby in Lenexa, Kansas.

1. Their Friends Learned of the Suicides at School on a Monday Morning

Both were juniors at Olathe Northwest High. Students were officially old of Ciara Webb’s suicide during first period on Monday November 10, though many already knew about the tragedy. The teenagers at the school were dealt a second heartbreaking blow during second period, when teachers told them that Cady Housh had also taken her life, , reports the Kansas City Star.

Both girls were on the soccer team together. You can watch a local news report about the suicides below:

2. Cady Housh Said Last Weekend Was the Worst of Her Life

Worst weekend of my fucking life

At around 8 p.m. on November 9, Cady Housh posted on Twitter, “Worst weekend of my f*cking life.” Her next activity was to retweet a message of hope that encouraged teenagers who are having a tough time to “hold on.” It was later that night that Housh threw herself in front of a train. She died later in hospital of her injuries. The Kansas City Star reports that she was hit at around 8:15 p.m. on November 9. The train’s conductor tried to stop the locomotive but didn’t have enough time.

This was her last inspiring retweet:

3. Tributes Are Pouring in for the 2 Girls

the eeriness of the clouds over ONW right now is too ironic. these girls will always be in our hearts. #ripCW #ripCH pic.twitter.com/M1FPkYTk2N

Twitter has been flooded with tributes to the two girls:

It was an honor to be your friend and your teammate. Thanks for all the memories. Rest in Paradise Sweetheart❤️#ripCW pic.twitter.com/NxrqV8Ir0k

the eeriness of the clouds over ONW right now is too ironic. these girls will always be in our hearts. #ripCW #ripCH pic.twitter.com/M1FPkYTk2N

Words can't describe the day that ONW has had today. Stay strong raven family. Ciara and Cady will be missed. #ripCH #ripCW

Friends have been using the hashtags #ripCW and #ripCH to pay tribute to their friends. KMBC news spoke to senior Jennifer Saunders who said:

It’s just been breaking this community apart piece by piece. Just seeing so many people heartbroken is absolutely devastating.

Ciara Webb’s brother, Dustin, posted this heartbreaking tribute to his sister on Facebook:

Love you so much Cici, wish I could find a time machine if anyone has one let me use it please. RIP little sister.

Both were soccer players with the Northwest Ravens.

Ciara Webb’s Facebook page shows her to be a bubbly, typical 16-year-old girl. She was nicknamed “CiCi” by her friends. According to her page, she’s a native of Lees Summit, Missouri, and attended high school there for a period. Her father, Jason, still lives in Lee Summit. He posted this picture of him and his daughter to his Facebook page in the days after her death:

In her obituary it says that soccer scholarship will be founded in her name. Also in the tribute it mentions that she had an “exceptional academic record” and her “amazing track record.”

It adds that she was, at the time of her death, a student at Olathe North High School and worked at Jose Pepper’s, a local Mexican restaurant.

5. More Than 10% of Suicides Are Copycats

A 2013 study suggested that 13 percent of suicides are copycat suicides explained by “suicide clustering.” The study says that adolescents are the most affected by this phenomenon.

Teen suicide is a leading cause of death for Americans aged 10-to-24, causing the deaths of 4,600 people per year. However, only one in five of those are female, according to the CDC. A survey carried out by the CDC found that 16 percent of teenagers had considered taking their own life in the previous year. 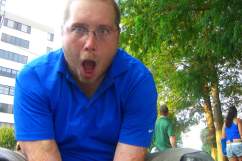