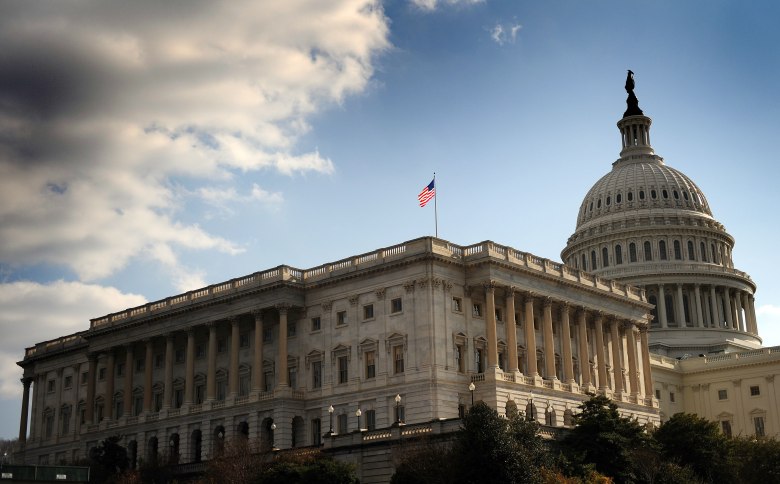 On Tuesday, November 4th, voters will head to the polls to make their decisions in the 2014 midterm elections.

These elections mark the halfway point of Obama’s second term, and House seats, Senate seats, and governorships are all up for grabs.

These elections will determine whether control of the Senate will tip to the left or the right, something that has been up in the air for most of the election season and that will affect the final two years of the Obama administration.

The polls are leaning towards the Republicans, but some races are still very close, with leads well within the margin of error for polling.

Here’s everything you need to know about the midterm elections:

1. Senate Races Have Been Close 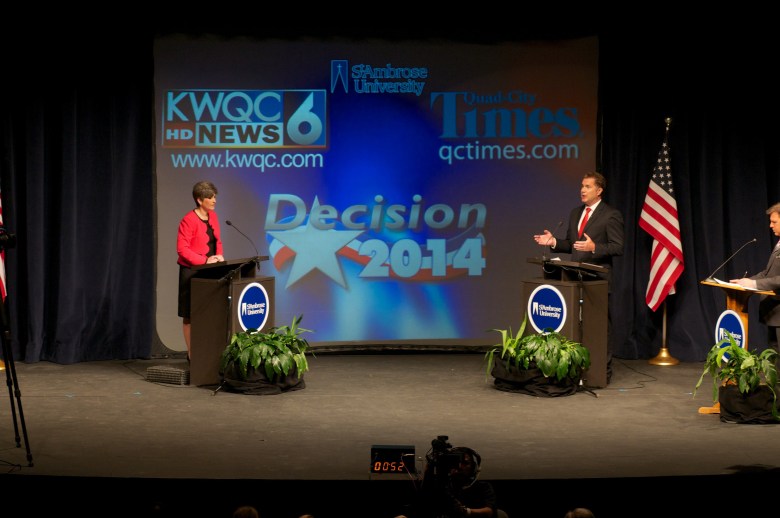 Bruce Braley and Joni Ernst at their debate on October 11. (Getty)

Throughout election season, the Senate races have been both high-profile and closely-fought.

However, as the election draws closer, Politico described the elections as “the GOP’s to lose“, and fivethirtyeight.com predicts that “Republicans have a 74.4% chance of winning a majority.”

The Iowa and Colorado races are still very close, but the Kentucky, Arkansas, and Georgia races, all once open, are now predicted to go to Republicans.

North Carolina and New Hampshire are two races going against the tide, closely-tied but leaning blue. An upset in either, however, is not impossible, and would be a buffer for Republicans looking for the Senate majority.

In Kansas, an independent candidate, Greg Orman, is challenging the long-term incumbent Republican Pat Roberts in an almost dead heat race, and has not yet said which party he will caucus with.

2. They Could Be the Most Expensive Midterms Ever

David Perdue supporter wears an anti-Michelle Nunn sticker on his back during a campaign stop one day before the mid-term elections at Peachtree Dekalb Airport on November 3, 2014 in Atlanta, Georgia. Perdue is in a tight race with Democratic challenger Michelle Nunn.

Driven by outside groups, a huge amount of money has been poured into many of the races this year.

The very narrow margin separating candidates in many competitive Senate races (Iowa, Colorado, Georgia) has contributed to the vast amount of spending seen in these elections.

PACs have flooded contentious states with attack ads and negative automated calls. A high outside presence within a state will increase the negative tone of the campaign, as it allows attacks to be made on an opponent without the candidate being seen to make the attack themselves.

The New York Times reported that outside spending reached “an average of at least $20 million a day” in the final week of the election, and that, “total spending on Senate races reached $200 million in October alone, significantly more than in the same period before the 2010 midterms.”

3. Big Names on Both Sides Have Turned Out to Stump, but President Obama Has Laid Low 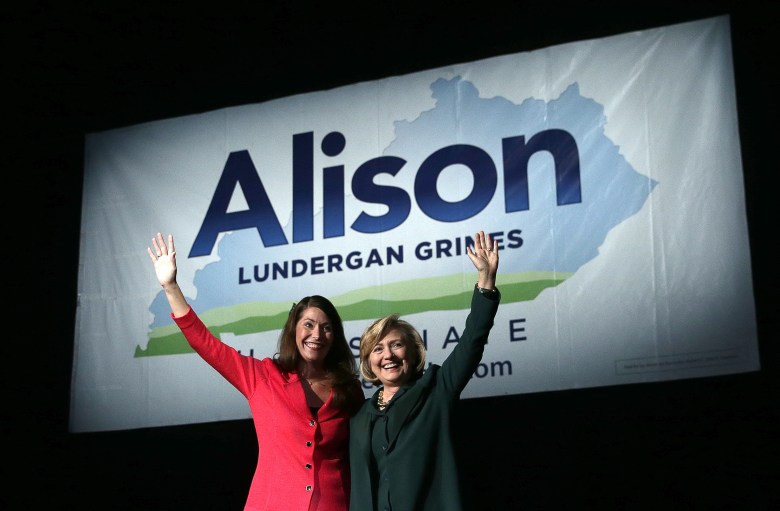 States with close races have had regular visits from high profile leaders in each party.

Alison Lundergan Grimes, up against Republican Minority leader Mitch McConnell in Kentucky, has been supported by Hillary and Bill Clinton and Elizabeth Warren, a team who also visited Iowa at different times in support of Bruce Braley, senate candidate there.

Braley was also visited by Michelle Obama (who flubbed his name), but not by her husband.

Three weeks before the election, Obama had not attended a single public campaign event, focusing on fundraising behind the scenes as candidates worry that given his bleak approval ratings, his appearance would harm rather than help their campaigns.

4. Every House Seat Is up for Election 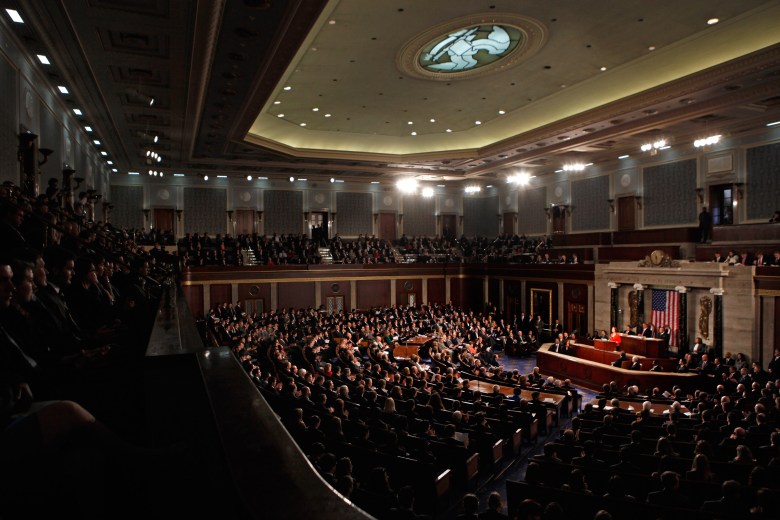 All 435 seats in the House of Representatives are up for re-election during the midterms.

The Democrats had a slight edge in the 2012 elections, gaining 8 seats (but not control of the House), but are expected to definitively lose ground to the Democrats in this cycle.

Fivethirtyeight.com says, “the House of Representatives is almost certain to remain in Republican control after Tuesday’s elections”, and are likely to pick up between 5 and 12 seats, keeping and extending their definitive majority.

This is not unusual for midterm elections, where the President’s party often faces a backlash. 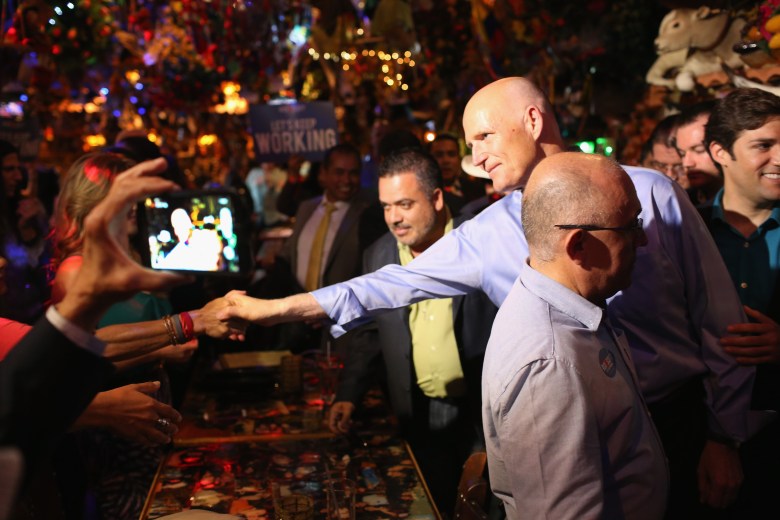 There is a relatively large number of competitive gubernatorial races, even in the last few days before the elections. According to the FiveThirtyEight forecasts, “in nine states, the trailing candidate has at least a 20 percent chance of winning.”

The Florida governor’s race is one of the closest and most widely covered. Neither candidate is very popular, and more money has been spent there than in any other governor’s race.

Charlie Crist, the Democratic candidate, was first a Republican and then an Independent until 2012, and has previously served as Governor of Florida.

Rick Scott is the Republican incumbent, and made the headlines for “fangate” when he refused to take the stage at a debate for several minutes because Crist had a small electric fan on stage.

The gubernatorial race in Maine has also drawn attention for a number of reasons. The incumbent, Paul LePage, is significantly further to the right than the state as a whole, elected largely because of a split opposition between the Democrat and the Independent candidates.

A similar three-way situation is in play in this election, with LePage facing both independent Eliot Cutler and Democrat Mike Michaud, who is aiming to be the first openly gay governor.

Loading more stories
wpDiscuz
0
0
Would love your thoughts, please comment.x
()
x
| Reply
The 2014 midterm elections are on November 4th, and Senate, House, and Governor's seats are up for grabs.