Will Cornick has been named by a judge as the 16-year-old who stabbed and murdered his teacher, Ann Maguire, in Leeds, England, in April 2014. ITV reports that his name had previously been kept secret under a court order due to his age. On November 3, Cornick was sentenced to 20 years in prison for the crime. He had admitted to the crime early in the court proceedings.

1. After the Murder, Cornick Sat Back Down at His Desk & Said ‘Good Times’

Cornick was 15 when he walked up to teacher Ann Maguire in a Corpus Christi Catholic College classroom and stabbed her to death in front of fellow students. The 6-foot-2 brute leered over the 5-foot-2 teacher as he slashed her in her neck and back, stabbing her from behind. Maguire, 61, tried to escape but was overpowered by Cornick. You can watch a local TV news report about the killing here:

At the time of his arrest, the Daily Mail reported Cornick was “depressed.” The Telegraph reports that after stabbing Maguire, he sat back down at his desk and said “good times.” One student witness told the court during the trial that it was clear that Cornick “was pleased with what he had done.”

The Daily Mirror reports Cornick had brought a bottle of whiskey to school with him to celebrate the killing.

2. He Was Depressed Because His Diabetes Kept Him From Joining the Army

The Guardian reports that the court heard during Cornick’s trial that the boy was depressed because his diabetes had prevented him from joining the British army. One teacher described the teen as “amicable, enthusiastic and conscientious” and added that he was model student during his first years at the school. His mother told the court that in the months leading up to Maguire’s murder, she noticed her son had been self-harming.

It was earlier reported that Cornick had told a friend on Facebook of his plans to “brutally kill” Maguire. The Daily Mirror reports that Cornick had written to a friend about Maguire, calling her “the one absolute f*cking bitch that deserves more than death, more than pain and more than anything that we can understand.” The court also heard that Cornick wanted to kill another teacher, who was pregnant, “so as to kill her unborn child.”

Prosecutor Paul Greaney added that on the morning of the killing, Cornick said he was going to kill Maguire and even showed his friends the knife.

3. The Judge Said Cornick Had a ‘Chilling Lack of Remorse for His Crime’

Cornick has been sentenced to 20 years in prison for the crime. That’s eight years more than the normal 12 years given to a minor for such a crime. The judge issued the extra years due to Cornick’s lack of remorse and the fact that Maguire died in such pain. Speaking to the BBC, a representative for Maguire’s family said they are “looking to the future with fragile hope.” The network reported that Cornick “showed no emotion” as his sentence was read. The judge said it’s possible that Cornick may never be released. You can read the judge’s full sentencing remarks here:

A psychiatrist who examined and interviewed Cornick, prosecutor Paul Greaney, read out some of Cornick’s statements from the interview:

I had a sense of pride. I know it’s uncivilized but I know it’s incredibly instinctual and human. Past generations of life, killing is a route of survival. It’s kill or be killed. I did not have a choice. It was kill her or suicide.

In another segment, Greaney read this statement from Cornick: “I couldn’t give a sh*t. I know the victim’s family will be upset, but I don’t care. … In my eyes, everything I’ve done is fine and dandy.”

4. His Dad Is Prominent in Local Politics

Cornick’s parents, Ian and Michelle, divorced in 2003 when Cornick was 4. He lived with his mother and brother about a mile away from the Corpus Christi school, The Guardian reports. During their son’s trial, his parents said they were “at a loss to understand how and why their son has turned out as he has.” The weekend before killing Maguire, Cornick had celebrated his grandmother’s birthday with his family.

At the time of her Maguire’s death, Georgina Kilroy, a 16-year-old student at Corpus Christi, said Maguire had been a teacher at the school for 40 years. She taught Spanish and religious education. 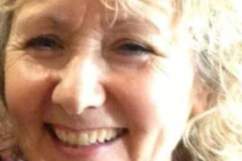 Read More
5 Fast Facts, Breaking News, Crime, Murder, Sicko
wpDiscuz
4
0
Would love your thoughts, please comment.x
()
x
| Reply
After stabbing and murdering his teacher in front of her class in April 2014, Will Cornick sat back down at his desk and told fellow student, "Good times."