Calvin Esdaile shot his former Home Depot supervisor dead inside a crowded Manhattan store on January 25. According to police, Esdaile, 31, and Moctar Sy, 38, were in an argument in one of the store’s lighting department. The next thing witnesses heard was “F*ck you!” Followed by numerous gun shots. Esdaile later committed suicide inside the store.

The Associated Press reports that Esdaile was a Brooklyn native and Sy was from the Bronx. The gunman was at one time an employee of the Home Depot on 23rd Street and 6th Avenue in Manhattan. He walked into the store at around 2:45 p.m. on January 25.

The scene in the aftermath of the shooting. (Screengrab via ABC New York)

After a brief argument with Sy, Esdaile shot the supervisor, once in the chest and once in the stomach. ABC New York reports that Sy was rushed to Bellevue Hospital where he died. There were around 70 customers in the store at the time of the shooting, nobody else was wounded. The NYPD have not yet revealed what the motive was for the shooting. The gun used in the attack was a .38 revolver, reports CBS New York. A spokesman for Home Depot, Stephen Holmes, said, “We’re deeply saddened by this tragedy. We are fully cooperating with the authorities on their investigation of what appears to have been an isolated incident.”

3. He Had Recently Been Fired from the Home Depot

Esdaile was recently fired from the store, reports the New York Post. Witnesses described the chaotic scene inside the store to the Post, Susan Lowry told the paper, “It was crazy. Some people jumped on the floor, others hid behind aisles or ran for the exits.” Another man said, “I saw people running, and I should have run with them. But I looked into the next aisle. I felt that I had nothing to fear because the shooter had just shot himself in the head.” Esdaile had worked at the store since 2011.

3. Esdaile Leaves Behind a 6-Year-Old Son

Calvin Esdaile had lived in the U.S. since 2006 when he immigrated from Jamaica, according to his Facebook page. The New York Daily News reports that Esdaile leaves behind a six-year-old son. His father, Calvin Senior, who lives in Queens, told the Daily News, “If it’s him, I’m sorry about this thing, and I’m sorry someone has to die by his hand. It’s a shock to me. I don’t know of him having a violent history.”

4. Esdaile Was an ‘Avid Reader of the Bible’

2 dead after Home Depot shootingPolice said the two men were shot inside a Home Depot on W. 23rd Street in Chelsea. The employee was found dead at the scene and the supervisor was pronounced dead at Bellevue Hospital.2015-01-25T23:37:16.000Z

According to his uncle, Esdaile was an “avid reader of the bible.” The uncle, Carlton Esdaile, was speaking to the Daily News. He said he lived with his nephew in the Bed Stuy neighborhood in Brooklyn for two years. Carlton said, “Most of the time he just seemed happy to be up and living another day.” One of his former co-workers, Alex Pereira, told the New York Post, “I thought it was a joke at first when I heard the news. These were two dear friends of mine…the thing about Calvin is that I never thought he was capable of this. We are both from the Caribbean Islands…I heard that Calvin had gotten fired a few days ago. But I didn’t think it would come to this. All this over a job? I can’t believe it.”

According to his Facebook page, Moctar Sy was a native of Bamako in Mali. His profile picture shows him smiling with a woman. Home Depot employee, Alex Pereira, told the New York Post that Sy “was cool, he was very likable. He was such a funny guy. He never had any problems with anybody. I can’t see him starting any confrontations.” 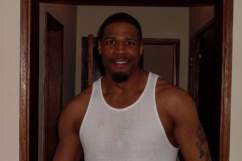