A former U.S. military biochemical weapons expert has been taken into custody in Canada and is believed to have been in possession of hazardous materials. Christopher Phillips is also thought to have “mental health issues.” He was arrested on his 42nd birthday.

1. Cops Were Searching for Phillips All Night After Receiving a Tip That He Was Carrying Dangerous Materials

Phillips was arrested at this hotel in Ottawa. (Google Street View)

He was arrested on the morning of January 21 at a hotel in Ottawa, reports CBC. The station reports that cops in Ottawa received a call about Phillips on the night of January 20 and had been searching for him all night.

Most lights out at the #ChimoHotel. Police say it was safely evacuating, still dealing w threat #cbcott #ottnews pic.twitter.com/qgtDXUcKsO

The Ottawa Sun reports that police found his car in the parking lot of the Chimo Hotel late at around 4:30 a.m. He was arrested without incident at 9 a.m. No hazardous materials were found in the hotel.

Police haven’t said what the tip was exactly said, just that it was “very concerning.” The arrest is tied to police activity in Grand Desert, Nova Scotia, were residents have been displaced as Hazmat teams search a cottage in the area. CBC reported that dangerous chemicals were also found in the Cole Harbor neighborhood in Nova Scotia on the night of January 20.

The Ottawa Sun reports that the U.S. military have been made aware of Phillips’ arrest and are conducing their own investigation into him. Meghan Hurley of the Ottawa Citizen tweeted that the U.S. military have no record of Phillips, but records only got back to 1999. The Halifax Chronicle Herald reports that Phillips worked as a biochemist in the military but only on a contractor basis.

2. He Used to Be Married to 7-Time Olympic Gold Medal Winner Shannon Miller

He’s the former husband of the most decorated U.S. gymnast of all time, Shannon Miller. The couple were married in June 1999 before separating in 2004. They couple officially divorced in 2006 with Phillips accusing her of cheating on him with a male athlete. The alleged infidelity never featured in their divorce hearing, reported People Magazine. According to Phillips, he did better out of the divorce than he expected, financially speaking.

3. In Addition to His Weapons Training, He’s Also an Eye Doctor & Lawyer

The weapons expert had been living in the Nova Scotia area of Canada since 2008. In addition to his specialities in weaponry, he’s also a trained lawyer and eye doctor. At the time of his divorce, The Oklahoma reported that Phillips had been working at a Boston Hospital while going to law school at Suffolk University by night. According to his LinkedIn page, at the time of his arrest in January 2015, Phillips was working as a manager at Neurology and Sleep Medicine Associates. That business is located in a house at 43 Parkridge Crescent in Dartmouth, Nova Scotia. The Ottawa Citizen reports that Canadian police searched that location but didn’t find anything.

In 2008, KOMO News reported that Phillips, then based in near Seattle in Renton, Washington, abruptly closed his eye surgery clinic, leaving his patients stranded. According to court documents, Phillips closed the surgery while he was hospitalized. The docs don’t state what he was hospitalized for. The court documents are related to a lawsuit that Phillips filed against the Seattle Times regarding the closure of his practice. Phillips alleged in the documents that the paper’s speculations led to him losing patients and eventually being forced to declare bankruptcy in July 2008.

4. Cops Don’t Know What His Intentions Were

When he was arrested, Phillips may have been in possession of Osmium and Osmium tetroxide, reports CBC. Both are highly poisonous and can penetrate the skin easily. Phillips’ intentions with the chemicals are unclear at this point. Speaking to the media, an Ottawa police spokesperson said that there’s no indication that the incident is terror related but the investigation is ongoing. The Halifax Chronicle Herald reports that the Phillips suffers from post-traumatic stress disorder and “does not like law enforcement figures.”

The Ottawa Citizen reports that Christopher Phillips remarried a woman named Gosia Eve. The Halifax Chronicle Herald reports that she is the president of Neurology and Sleep Medicine Associates. She’s a Harvard educated doctor who specializes in sleep medicine. According to her LinkedIn page, she’s an assistant professor at Dalhousie University in Nova Scotia. 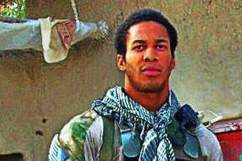