Two 3.5 magnitude earthquakes hit Dallas on the afternoon of January 6. The quakes were confirmed by the USGS. The two quakes were separated by four hours, the second one, that measured 3.6, hit the same area as the first at around 7:10 p.m.

1. The First Quake’s Epicenter Was Close to the Dallas Cowboys’ Former Stadium

A map showing the epicenter of the earthquake. (USGS)

The second quake hit the same area at around 6:52 p.m. Central time.

2. Earthquake Monitoring Systems Had Just Been Installed Where the Stadium Once Stood

According to Reuters, in the week before the earthquake, seismologists installed sophisticated earthquake-monitoring equipment at the old Cowboys stadium. This was due to the amount quakes felt in the area since September 2014.

3. There Are No Reports of Injuries

Definitely felt the #earthquake near Lemmon/Tollway in #Dallas. Home sick and had 3 scared dogs in bed. @NBCDFW pic.twitter.com/buC5TxiXci

We have no reports of any injuries or major damage at this time. Larry Mowry with CBS Dallas/Fort Worth tweeted that the earthquake was 3.2 miles deep.

4. This Is the 17th Earthquake to Hit the Area in 2 Months

The quake was felt for miles around north Texas. CBS Dallas/Fort Worth reports that there have been 16 earthquakes in and around the Irving area since November 1, 2014. NBC reporter Scott Friedman tweeted that the quake was felt by passengers at Dallas-Fort Worth airport. The second quake was felt mainly in the downtown Dallas area.

5. This Is the Strongest Quake to Hit the Area in 2 Years

Looks to be strongest earthquake in our area since 2013 when a 3.6 quake hit the Azle area.

It’s the strongest shaking to affect the area since December 2013. Fox Dallas/Fort Worth reported that between November and December that year, there were 30 quakes in the area. Ten of those were over 3.0. The strongest one came at around 7 a.m. on December 23 and measured 3.3. Those quakes were thought to be the result of fracking in the area. 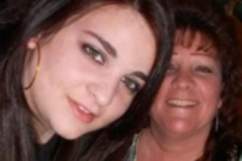 Loading more stories
wpDiscuz
7
0
Would love your thoughts, please comment.x
()
x
| Reply
A 3.5 magnitude quake hit Dallas today, centered near the site of the former Cowboys stadium, which was imploded in 2010.