Bangladeshi-American writer Avijit Roy was murdered close to Dhaka University in Bangladesh. His wife, Rafida Banna, was also stabbed in the attack. Roy, 42, was born in Bangladesh but was a naturalized American citizen. He had just returned to his native country from the U.S. a week before his death.

1. Roy Was Threatened in December That He Would Be Killed When He Returned to Bangladesh

His writings showed him to be a fierce critic of Islamic fundamentalism and was frequently threatened. Bangladesh News 24 reports that he had just returned from the U.S. in the days before his death on February 26. In his description on Twitter, Roy called himself a “prominent defender of the free-thought movement” in Bangladesh. In December, Bangladesh News 24 reported that a man named Shafiur Rhaman Farabi had written a Facebook post that read, “Avijit Roy lives in American and so, it is not possible to kill him right now. He will be murdered when he comes back.” Farabi and other men who made similar threats against Roy were arrested, it’s unclear if they were freed at the time of the stabbing of the famed writer.

2. He Was Back in Bangladesh to Promote His New Book

The Dhaka Tribune in Bangladesh reports that he was killed close to the university in the city. Two large machetes were recovered from the scene. He was rushed to the college’s medical hospital at around 10:30 p.m. local time on February 26, where he was pronounced dead. The couple were returning home from a book fair when they attack happened. They were back in Bangladesh specifically to attend the fair where he was promoting a new book.

3. His Wife’s Finger Was Cut Off During the Attack

Roy and his wife, Rafida, pictured at Niagra Falls in 2013. (Facebook)

His wife lost a finger during the attack and suffered numerous other wounds. She is still being treated at the Dhaka Medical College Hospita, reports The Daily Star.

4. Roy Described His Writing as ‘Taboo’ in His Homeland

His most famous books were “Virus of Faith” and “From Vacuum to the Great World.” On his Facebook page, he describes himself as an “engineer by profession and a writer by passion.” He cites philosophy and scientific thoughts among his interests. Roy called his books “taboo” in his homeland. Famously, he founded the website Mukto-Mona.com, a website for secular writers in southern Asia. After news of his death emerged, the website went down.

Bangladesh24 reports that previously Islamic radicals in the country had attacked moderate and secular writers. 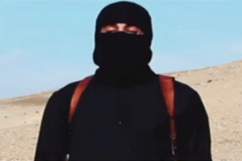