A 17-year-old killed himself during a game of Russian Roulette with friends in Southern California. The shooting happened in Torrance early on the morning of February 16, according to the Los Angeles County Sheriff’s office.

The lethal game is played by putting a single bullet in a revolver, spinning the cylinder and pulling the trigger with the gun pointed at your temple.

1. The Building’s Security Guard Called 911 Because He Thought There Was a Fight in the Apartment

The Harbor Cove apartment where the shooting occurred. (Screengrab via KTLA)

Police responded to the Harbor Cove apartments in Torrance just after midnight. When cops got to the scene, they found a 17-year-old boy with a self-inflicted gunshot wound. He was rushed to hospital where he was pronounced dead. NBC Los Angeles reports that the building’s security guard called police because he thought there was fight in the apartment.

2. After the Shooting, His Family Got Rid of the Gun

Investigators on the scene at the Harbor Cove apartments. (Screengrab via KTLA)

The gun was found outside the building by officers. The boy’s family say they threw the gun out of their apartment in fear. No charges will be filed in the case, reports KTLA. Family members told NBC Los Angeles the boy was a football player at Carson High School.

3. The Boy’s Friends Begged Him to Stop Playing

The boy was playing the game with four other people who were friends and cousins. The Los Angeles Times reports that his friends were pleading with the 17-year-old to stop playing. Nobody else was harmed. The shots were fired inside the boy’s bedroom. Family members told officers that they don’t know where the victim got the gun, reports CBS Los Angeles.

4. A Month Ago, a Kentucky Man Drunkenly Killed Himself While Playing Russian Roulette

A Russian Nagant M1895 is the gun historically associated with Russian Roulette. (Wikipedia/”Nagant Revolver” by Mascamon)

On January 22, a Kentucky man, 41, was killed during a drunken version of the game, according to the Ashland Independent. Earlier in February, numerous media reports emerged from Russia saying that thrill seekers had switched to using tasers while playing the game.

5. Russian Roulette Has a Prominent History in America 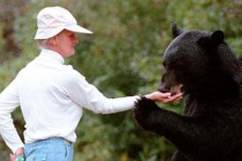 Loading more stories
wpDiscuz
1
0
Would love your thoughts, please comment.x
()
x
| Reply
A 17-year-old has been killed after shooting himself while playing Russian Roulette with friends in Torrance, California.