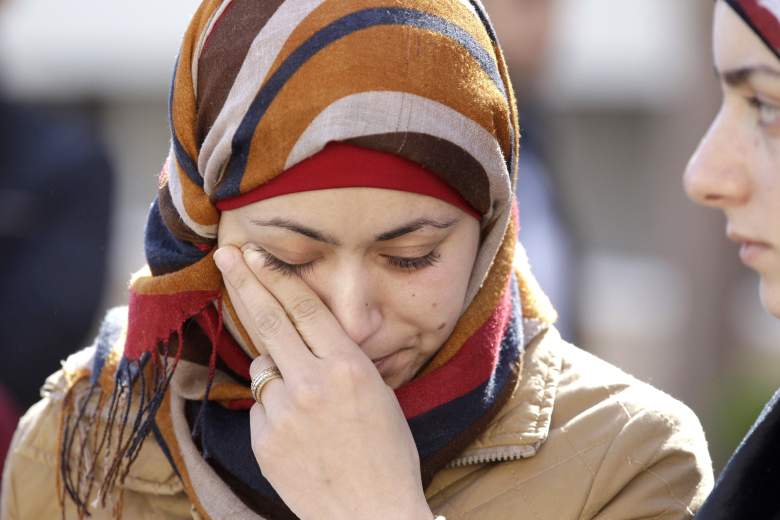 This is Anwar Tarawneh, the heartbroken widow of the Jordanian pilot burned to death in an ISIS cage.

She spoke for the first time about Muath al-Kasasbeh, her husband of just five months before he was captured. Their marriage last July was arranged by her late husband’s older brother.

Tarawneh told The Independent that she was supposed to marry the older brother but she wasn’t home when he called and he went on to wed another woman.

But she was happy with the match and says of their wedding and honeymoon in Istanbul: “That is my happiest memory of my time with him.”

Here’s what you need to know about the hero pilot’s widow:

1. She Only Found Out About Her Husband’s Grisly Death on Facebook 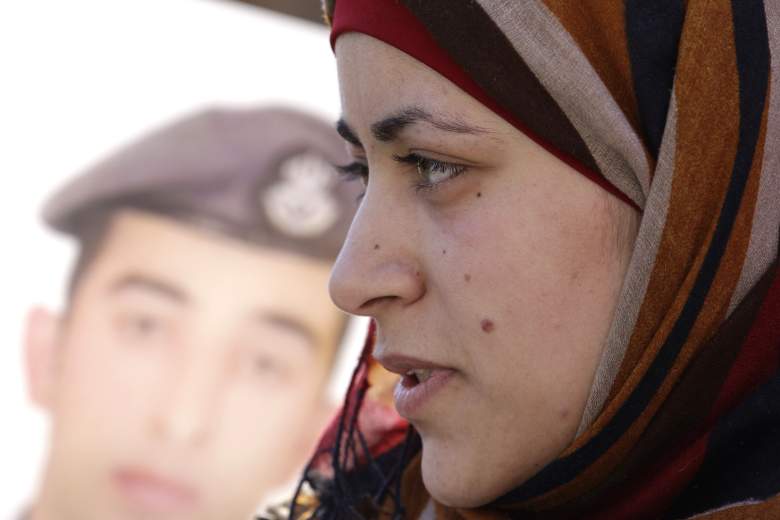 Anwar Tarawneh was at a sit-in protest an a university in Amman, Jordan, when she took a call from her mother, who was crying. She didn’t believe her mother’s explanation that her tears were because of an argument between two of her siblings.

“It was only when I opened Facebook on my phone that I saw the post,” she explained, her voice choked with emotion. 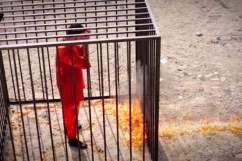 2. Jordan Hit Back With Punishing Aerial Attacks on ISIS Targets

Footage of the bombings was broadcast on Jordanian state TV – the latest show of force in response to the horrific ISIS video of the cage burning murder.

The military’s statement was entitled, “This is the beginning and you will get to know the Jordanians”- seen as a clear warning to ISIS.

It said the air strikes will continue “until we eliminate them.”

With its stirring soundtrack, the video is similar in style to those released by ISIS, which have been striking in their professional use of camera and editing equipment.

The clip shows uniformed people, believed to be members of the Jordanian military, writing messages in Arabic across plane-mounted missiles.

One reads: “For you, the enemy of Islam.”

3. She Was Consoled by Queen Rania of Jordan 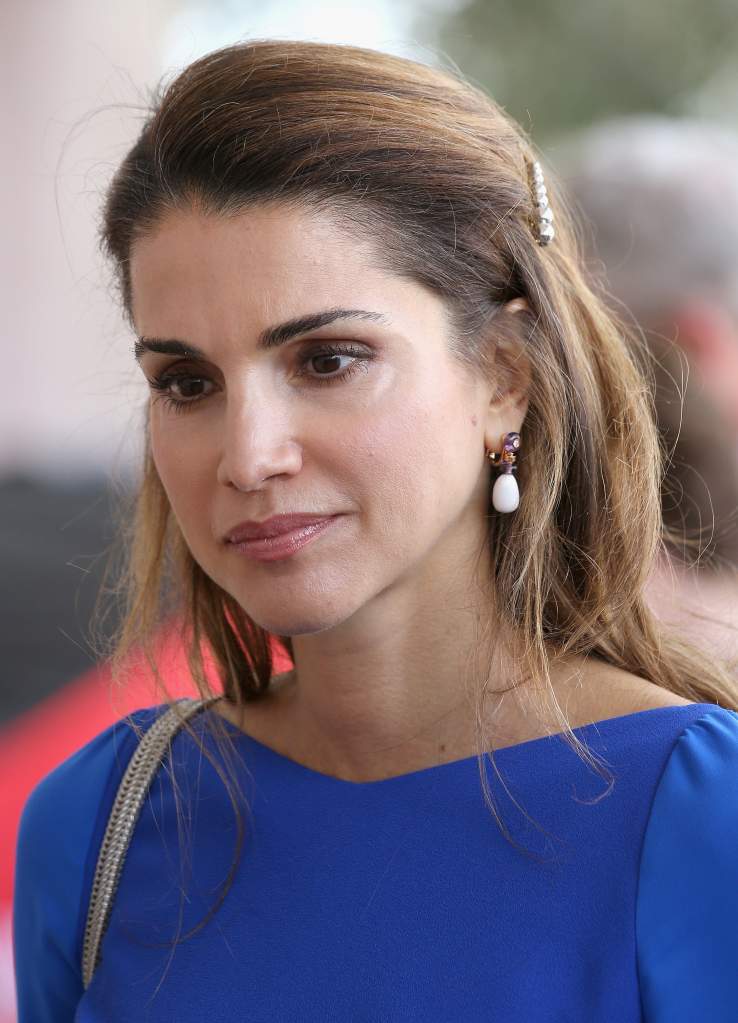 The pilot’s widow sobbed as she was comforted by Queen Rania of Jordan on Thursday. The pair met at the family home near the southern town of Karak.

The Queen was with her husband, King Abdullah II.

4. She Will Not Watch The Video of Her Husband’s Death 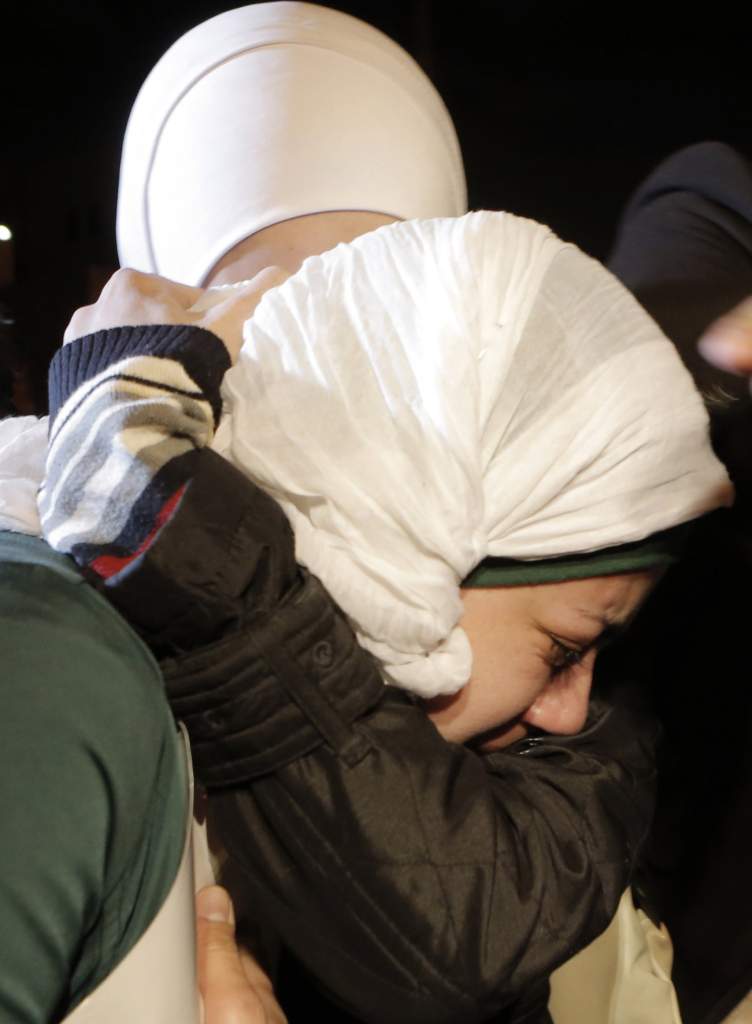 She collapsed after hearing about her husband’s gruesome fate and has not watched the 22-minute video published online by ISIS. She was admitted to hospital with an intravenous drip after collapsing in the arms of stunned relatives.

The last she had heard before the news of his death was that negotiations were going on for a prisoner swap to secure his release.

5. Her Husband Had a Premonition of Doom Before Making His Last Flight 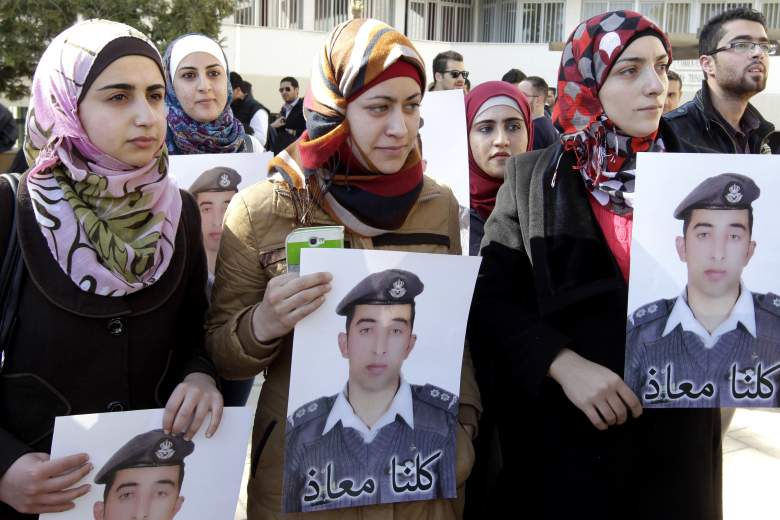 The pilot, a hero in Jordan, told his wife he had a bad feeling before taking what would turn out to be his final flight,” she told The Independent. “He had the feeling something would go wrong. It was strange, he had never said that before.”

Loading more stories
wpDiscuz
0
0
Would love your thoughts, please comment.x
()
x
| Reply
The widow of the Jordanian pilot burned alive in a cage by ISIS has spoken for the first time of her heartbreak - and how she learned of his death on Facebook.