The Pentagon says that 11 members of the U.S. Military are presumed dead following a tragic Black Hawk helicopter crash over water in Florida. The chopper was involved in a training exercise on the night of March 10 when it disappeared.

1. There Were 7 Marines & 4 Soldiers Onboard the Chopper

The chopper’s passengers and crew consisted of seven Marines and four U.S. soldiers. The Marines were out of Camp Lejeune in North Carolina while the soldiers were National Guard from Hammond, Louisiana, reports My Fox Tampa Bay. The Marines were from the Special Operations Regiment. While the soldiers were members of the 1-224th Assault Helicopter Battalion. The mission was being run by Camp Lejeune with the Marines assisting. The missing troops have not been named pending next of kin notification, according to a press release from Elgin Air Force Base.

2. An Air Force Spokesman Said ‘We Have Found Some Remains’

The Black Hawk was first reported missing around 8:30 p.m. on March 10. The first debris, which had washed up on the shore, were found by the Coast Guard at about 2 a.m. close to Pensacola, Florida, reports the Associated Press. Eglin Air Force Base spokesman Andy Bourland, speaking to NBC News, said “We have found some human remains.”

3. The Area Where the Crash Occurred Was Under a Fog Warning Advisory

First Coast News reports that the area where the crash happened was under a fog advisory warning on the night of March 10.

“@KevRobinsonPNJ: The aircraft reportedly went down in the sound east of Navarre Bridge.” @spann @michaelwhitewx#pray pic.twitter.com/eFndLfKR3r

As the recovery efforts continued on March 11, the fog remained heavy in the area, the station said, citing an Elgin Air Force Base official. This fog was hampering rescue operations. So much so that air rescue assets have not been deployed yet.

4. A Second Helicopter Involved in the Training Exercise Returned Safely to Base

The choppers used in the training were UH-60 Black Hawk helicopters, similar to these, shown here in Afghanistan in 2013. (Getty)

Another helicopter that was involved in the exercise was not damaged, reports NBC News. The lost chopper had taken off from Destin, Florida, on the Gulf of Mexico, about 40 miles east of Pensacola. The beach in the area between Pensacola and Destin is owned by the military and is regularly used for training exercises. WEAR in Pensacola says that the area has been owned by the U.S. military since World War II and that choppers are regularly used to run off trespassers.

5. There Have Been Previous Fatal Military Accidents in the Same Area

The beach in Destin, close to where the chopper went down. (Wikipedia)

In 2012, Major Garrett Knowlan died around the same area while participating in a training exercise. Maj. Knowlan had parachuted into the waters around Pensacola Naval Air Station, reported the Air Force Times. He had been stationed at Elgin Air Force Base and was a 32-year-old native of Jackson, Missouri. A year previous to that, 24-year-old Patrick Wayland, a Marine flight student, was killed during water survival training out of Pensacola. His kidney later saved the live of Sgt. Jacob Chadwick in San Diego, who is an Iraq veteran, reported ABC News. 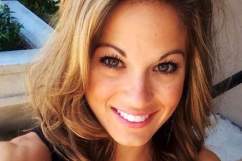