Freddie Gray in a coma in the hospital after his arrest in Baltimore on April 12. (Family photo)

Rumors have circulated through social media and on some websites that Freddie Gray, the 25-year-old Baltimore man who died April 19 after he was injured while in police custody, had a previous spinal injury that caused his death. The rumors also claim that Gray had spinal fusion surgery not long before his arrest to repair an injury caused by a car accident, which he received an insurance settlement for.

The rumors started on social media as protests in the city grew heated and the false claims picked up steam as news sites and blogs, mainly with conservative leanings, began to write stories trying to validate them.

But there is no evidence that the rumors are true, and most of what is known points to them being false. 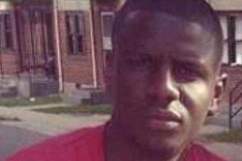 Freddie Gray ‘Tried to Injure Himself’: 5 Fast Facts You Need to Know

Police have not yet released full details on what happened to Gray between the time he was arrested and his death and, as a result, speculation about what happened has circulated. The investigation into his death is ongoing while protests and violent riots have erupted in Baltimore. His autopsy results have not been completed and medical records from his time at the Shock Trauma hospital haven’t yet been made public.

Gray’s family said he was healthy before he ran from police in his West Baltimore neighborhood on April 12, leading to his arrest. Gray was conscious and talking when he was put into a city police van, but was unresponsive when police took him out. He was in a coma for six days before his death, and had surgery during that time.

In video taken by a bystander, Gray can be seen being dragged from the scene of his arrest, yelling out in pain, his legs limp. Watch the video of Gray’s arrest here:

Here’s what is being claimed about Gray’s previous injury:

CLAIM: He Had Spinal Fusion Surgery a Week Before His Arrest

The website the Fourth Estate claims Gray had spinal injury a week or so before his arrest and the injuries that led to his death. The post reads:

The Fourth Estate has contacted sources who allege that Freddie Gray received spinal and neck surgery a week before we was arrested, and was allegedly receiving a large structured settlement from Allstate Insurance. The surgery is allegedly related to a car accident in which Gray was involved.

It is reasonable to believe that the injuries Gray suffered after the arrest were not related to the police’s treatment of him at all. Spinal and neck surgery is a large ordeal, and doctors advise weeks of bed rest and taking it easy in order to not rupture the patient’s recently fused spine.

If this is true, Freddy Gray decided to go out and ended up getting in a scuffle with the police instead of healing properly. The police didn’t mistreat him at all; he mistreated himself.

But Gray’s family says he was “healthy” before his arrest. And police also said he was in good health before being put into the transport van. They claim the injuries happened while he was being transported, but haven’t said how he was injured.

An attorney representing Gray’s family attorney Billy Murphy Jr. said in a statement to the media, “While in police custody his spine was 80 percent severed at his neck. He lapsed into a coma, died, was resuscitated, stayed on a coma, and on Monday, underwent extensive surgery at Shock Trauma to save his life. He clung to life for seven days.”

CLAIM: Gray Was Receiving Insurance Payments After a Car Accident Injured His Spine

Another claim being made, by the conservative news site The Fourth Estate and others on social media, is that Gray had recently received an insurance settlement over the car crash. Civil court records from Howard County are being used as the main evidence in support of Gray having a previous spinal injury.

But the case had nothing to do with a car crash, according to the Baltimore Sun.

The rumor is based on state court records that show Gray was involved in a civil case over insurance payments, which he asked to receive in a lump sum. The case involves Gray, who is listed as a defendant/respondent and Peachtree Settlement Funding LLC, listed as petitioner. The Allstate Assignment Company and the Allstate Life Insurance Company are listed as interested parties.

Other court records show that Gray’s sisters, Carolina and Fredericka, were also named as respondents in lawsuits filed by Peachtree.

The Baltimore Sun obtained the court documents related to the cases, which are not available online. The cases were related to a lawsuit filed by the Gray family against their landlord several years ago over the children’s exposure to lead paint. The lawsuit was settled for an undisclosed amount. Billy Murphy, an attorney now representing the Gray family, confirmed the Howard County cases are connected to the lead paint lawsuit.

According to the court documents found by the Sun, the Gray siblings were attempting to get a cash payment from Peachtree Settlement Funding in exchange for an annuity that would be paid over several years.

The cases were all dismissed April 2 when the Grays failed to show up for court hearings, according to court records.

The Fourth Estate also posted a second story claiming that Freddie Gray sued a taxi company in 2007 because of an accident he was involved in. That lawsuit was filed by his father, a family attorney told the Sun. The court records show that the person who filed the 2007 lawsuit had the same address as Freddie Gray Sr., not Freddie Gray Jr.

Here are the court records for the Peachtree cases:

Loading more stories
wpDiscuz
22
0
Would love your thoughts, please comment.x
()
x
| Reply
Rumors have circulated on social media that Freddie Gray had a spinal injury and had surgery a week before his arrest in Baltimore.