“I’m not anti-Israel.” That’s what the newest member to the Republican presidential candidate club told the world back in August 2014. Kentucky Senator Rand Paul has been criticized in the past for what’s been perceived as his lukewarm attitude to America’s ally in the east. That position hasn’t been helped by his reluctance to speak about President Obama’s deal with Iran over nuclear research.

Here’s what you need to know about Paul’s policies regarding Israel:

1. He Thinks Israel Will Be Better Off Without U.S. Money

In his 2012 budget proposal, Paul wrote, “While this budget proposal does eliminate foreign aid to Israel, it is not meant to hurt, negate, or single out one of America’s most important allies. This proposal eliminates all foreign aid to all countries. Israel’s ability to conduct foreign policy, regain economic dominance, and support itself without the heavy hand of U.S. interests and policies, will only strengthen the Israeli community.” Then in August 2014, he was forced to deny that the ever supported eliminating all of Israel’s financial support. In doing so, he reiterated his belief that Israel would be better off if it were financially independent of the U.S.

2. Paul Does Want to Stop Giving Aide to the Palestinians

A Palestinian girl sleeps on a mat at her destroyed home in Beit Hanun in the northern Gaza Strip on January 30, 2015. The UN agency for Palestinian refugees said that it cannot afford to repair Gaza homes damaged in last year’s war with Israel. (Getty)

The Washington Post reported in 2014 that during a stop in Iowa, Paul told the media that he wanted the U.S. to stop funding the Palestinians. He equated Palestinians with Hamas in his statement. In January 2015, Paul introduced the “Defend Israel by Defunding Palestinian Foreign Aid Act of 2015” bill.

He added that assistance to Pakistan should also be stopped because of that country’s “record of targeting Christians.”

3. He Was Accused of Not Clapping Enthusiastically Enough at Benjamin Netanyahu

After Israeli Prime Minister Benjamin Netanyahu’s rip-roaring speech to Congress on March 3, the National Review accused Paul of being “less-than-enthused.” While the rest of the GOP lost their collective sh*t over the speech, Paul didn’t seem that moved. Though he reacted sharply to the criticism in an appearance on Fox & Friends, the morning after the speech, saying:

You have these gossipy websites who really demean themselves by putting stuff like that out. I gave the prime minister 50 standing ovations, I co-sponsored bringing him here, and on the day that I also decide to co-sponsor the Corker bill saying that any final deal has to be approved, we have gossipy websites looking at, you know, the metric of how fast you clap. I mean, I think they demean themselves by putting that out.

During a 2013 interview with Breitbart News, Paul was asked where he would stand if Israel was directly attacked by another country in the middle east. He responded:

Well absolutely, we stand with Israel, but what I think we should do is announce to the world, and i think it is well-known, that any attack on Israel will be treated as an attack on the United States.

He also said in that interview that he liked the sound of “President Paul.”

5. While Visiting the Middle East, Paul Said Israel Should Be Able to Build New Neighborhoods Wherever They Want

In 2013, during a visit to Israel, Paul told the Jerusalem Post that it’s “none of our business” if Israel builds new settlements in east Jerusalem. He added that it wasn’t America’s place to tell the Israeli government how to defend itself or opine on whether or not the country should withdraw from the Golan Heights. 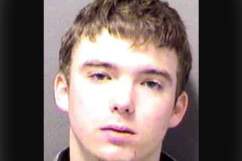 Read More
5 Fast Facts, Breaking News, Politics, Rand Paul, Terrorism
Follow Heavy ↓
The Kentucky maverick has previously stated that he wants to reduce foreign aid to Israel. Here's what else you need to know about Paul and Israel.