Sullivan Sweeten is the twin brother of Sawyer Sweeten who has committed suicide at the age of 19. The two boys starred as the sons of Ray Barone in the hit sitcom Everybody Loves Raymond. He and his brother were just weeks short of their 20th birthday.

1. His Brother Shot Himself While Visiting Family in Texas

His brother, Sawyer, shot himself on the front porch of his family home in Brownwood, Texas, according to the Hollywood Reporter.

2. His Sister on ‘Raymond’ Is His Real Life Sister

According to his IMDB page, the family consisted of Sawyer and Sullivan, as well as their actress sister, Madylin Sweeten, who also played their older sister on Everybody Loves Raymond. 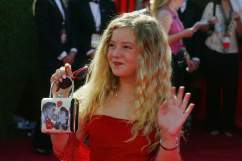 3. On Facebook, He Refers to Himself as ‘Former Actor’

The brothers hadn’t acted since their hit show ended in 2005. On his Facebook page, Sullivan describes himself as a “former actor.” Also on his page he emphatically states “I LIKE VIDEO GAMES,” he’s also, along with his brother, a fan of motorcycles. Their sister continued to act after the show finished.

5. His Sister Wants People to Use This Time to Reach Out ‘to the Ones You Love’

A rep for the Sweeten family told Radar Online that all who know Sullivan’s brother are “absolutely devastated.” On her Facebook page, Madylin Sweeten wrote “At this time I would like to encourage everyone to reach out to the ones you love. Let them have no doubt of what they mean to you.”